Exactly 161 years ago today in the year 1854, Nebraska’s First Territorial Governor Francis Burt took office.  As the third official auditor of the United States Treasury, Burt must have been honored when he was requested by President Franklin Pierce to take over as the first official leader of the whole Nebraska Territory.  Unfortunately for him, the journey across the United States  from his South Carolina home was not exactly easy back then.  In fact, he was quite ill by the time he reached St. Louis.  Once arriving in Bellevue, the Nebraska territorial capital, he immediately was sent to bed.  On October 16th, 1854, he was able to complete the oath of office.  Three days later on October 18th, he died.  While he did not exactly contribute anything on behalf of Nebraska other than the willingness to travel out West to give our newly formed territory a try, his picture still holds the place of honor as the very first Nebraska governor.  You can find out a little bit more about Burt and other territorial governors by reading more articles at NebraskaHistory.org. 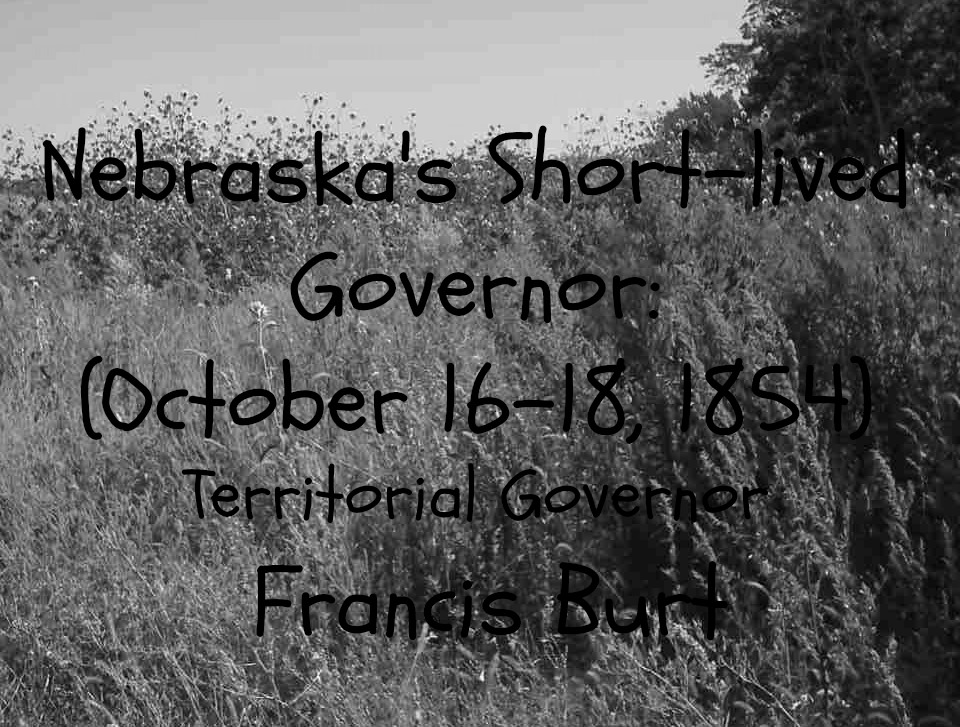