Going to college in Minnesota, I loved living such a short driving distance from many lakes.  I would go for walks along the shore and even attempt to complete homework in the serene locations.  So, when I have a chance for Nebraska lake time, I am all for it.

On our way home from the Panhandle Monday, I convinced my husband to drive a bit out of the way to drive by Lake McConaughy on our way back home.  We had packed a picnic, and I thought that we could not find a lovelier dining setting.  (Plus the lake is a part of the Nebraska Great Park Pursuit, and the kids & I were wanting to get another post rubbing).

One of our first glimpses of the lake.  Definitely a beautiful one. 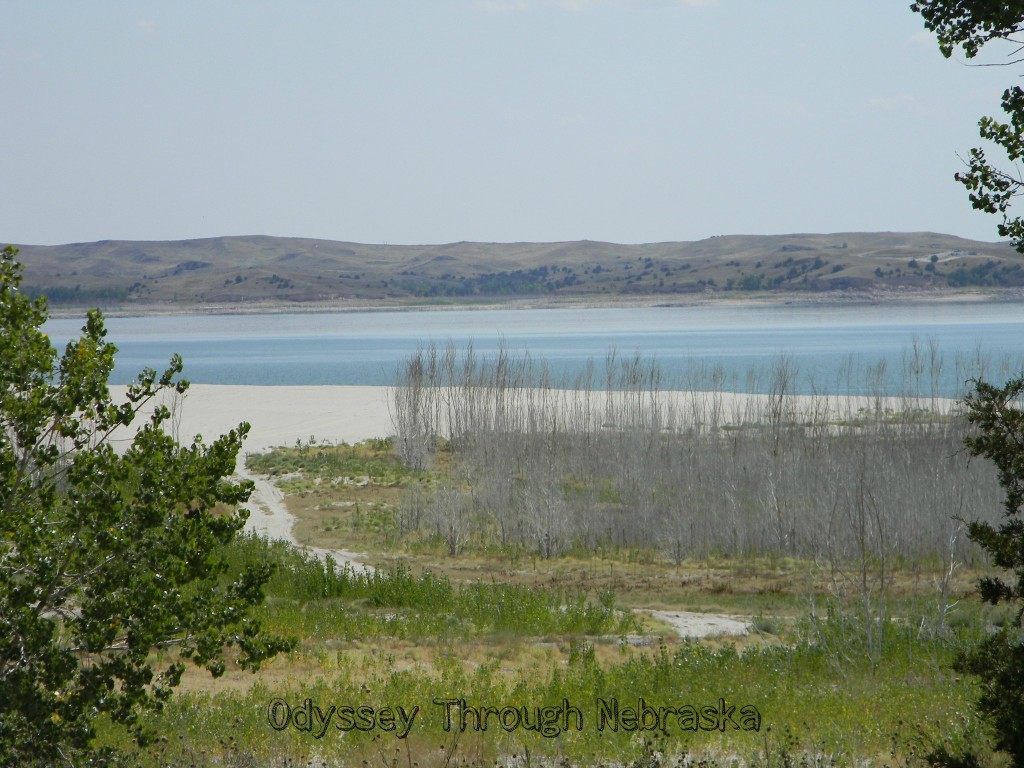 The surrounding shoreline also made you want to stop to hike around. 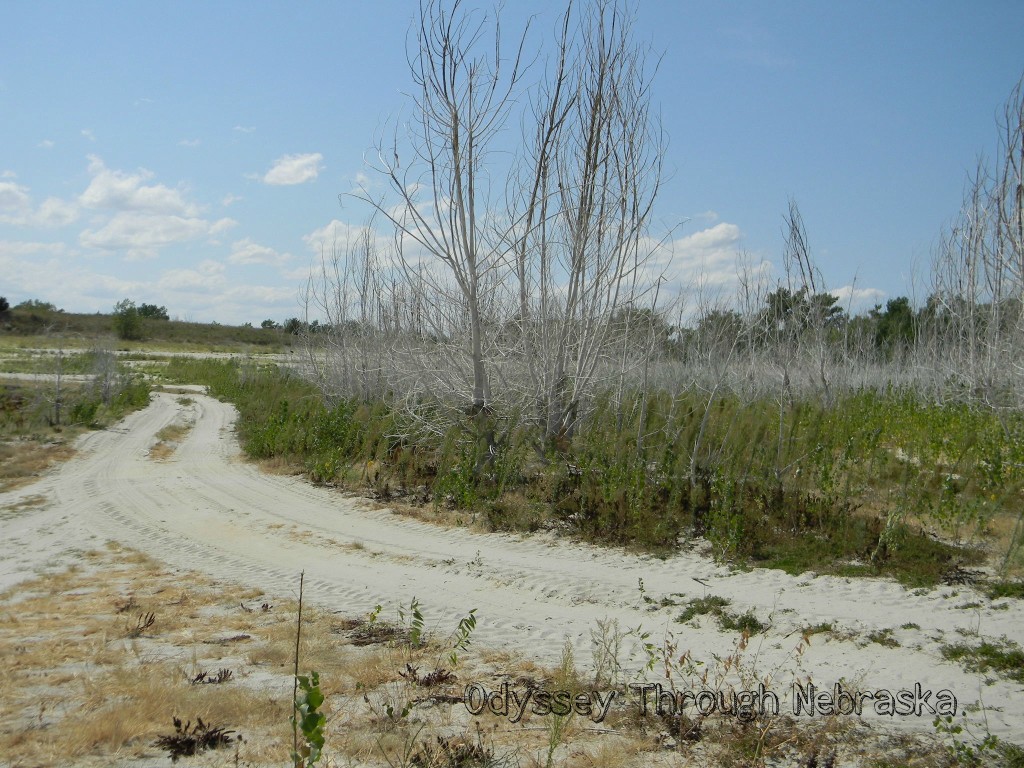 We stopped at just one portion of the lake.  Area 2.  Near the showers and the post.  We had the area to ourselves.  Well, almost. 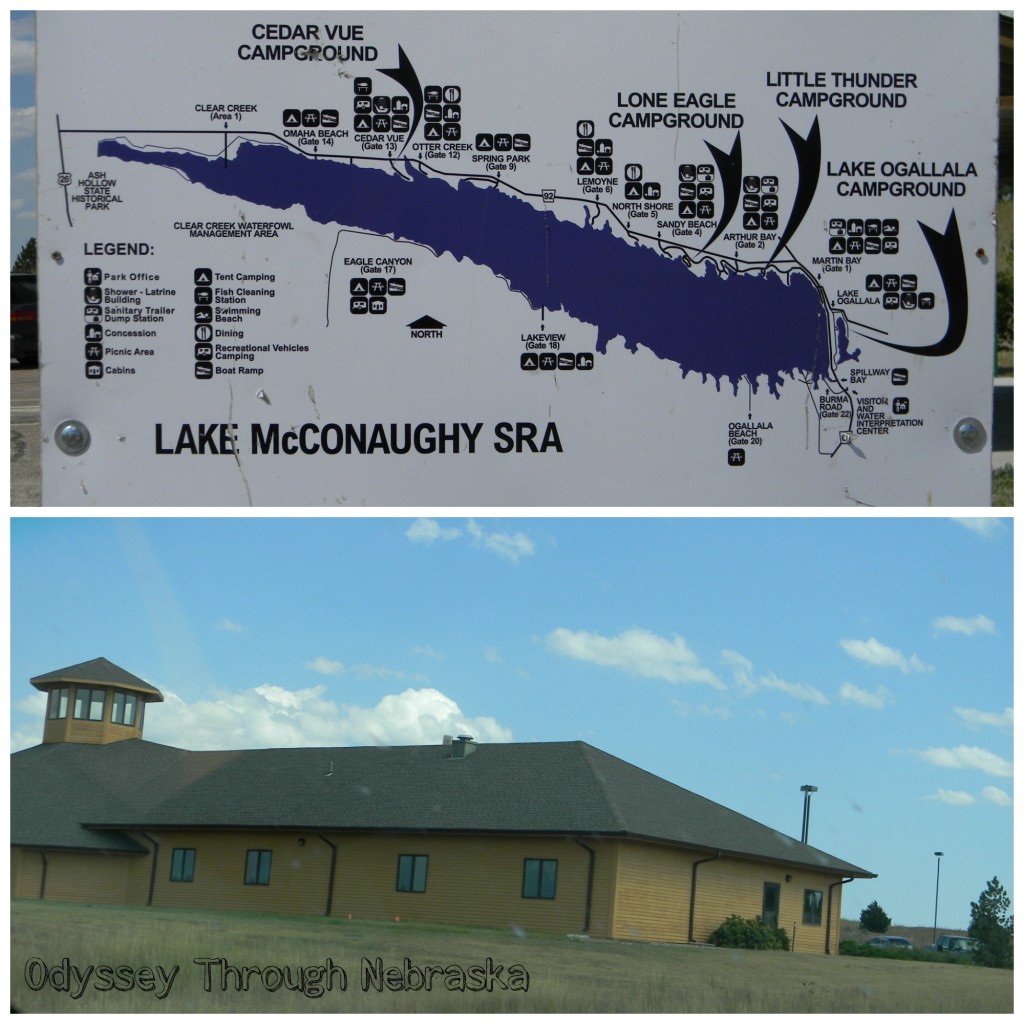 Maybe we should have just headed right on to the Visitor’s Center instead.  Why? What we did not anticipate: flies.  Everywhere.  At first I was annoyed with my children about their complaining about the flies.  (And the heat, but that’s another story!)  Then I became annoyed with the flies.  Actually rather mad especially once they started biting.  And even drew blood.  Ouch! 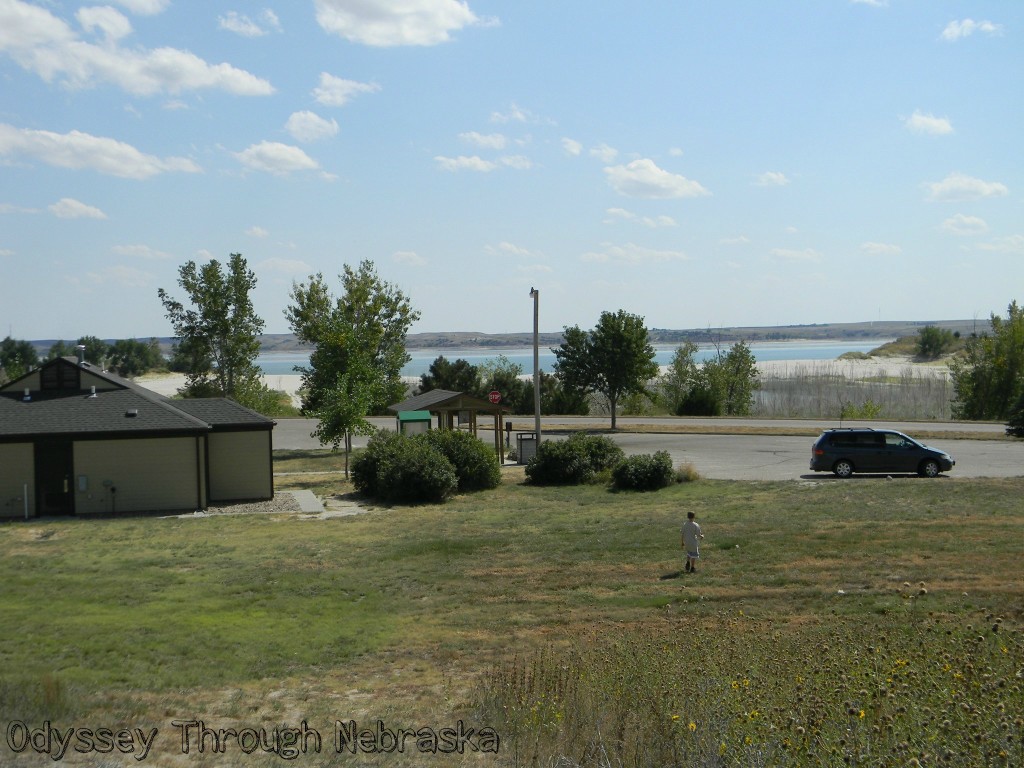 A view near the rubbing post (we did at least get that!)

Suddenly, we could not wait to leave.  The view from the minivan was much more attractive than the great outdoors.  (Obviously we may not make great campers!)  The kids finished their lunch in the car, and I took a few more pictures out of the window.  Much more comfortable. 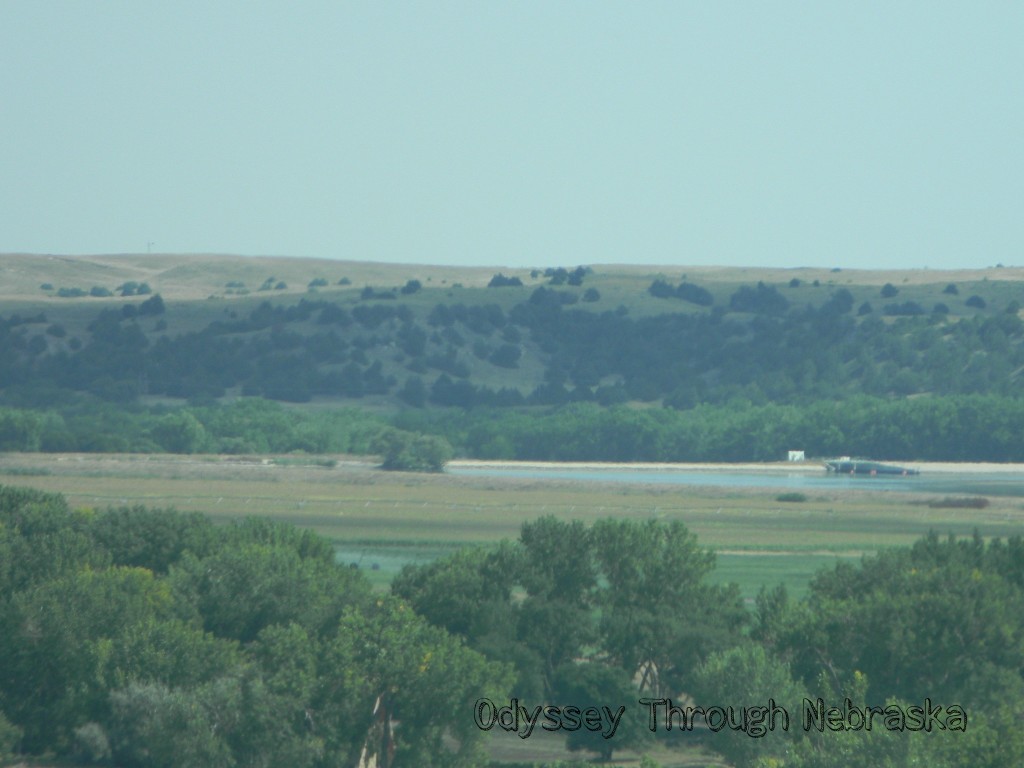 Should have brought forth a peaceful, easy feeling – instead was still feeling stressed about the picnic failure.  Obviously at this point, there was no more convincing anyone to stop at the museum area.  Guess we would have to learn about water conservation and the lake another day.  At this point, we were just ready to leave the area.  End of Lake Experience # 1.

This adventure actually took place a day later (you think we would have been tired of being in the car).  But no, the kids and I were determined that we were going to get one last Great Park Pursuit rubbing.  So, since we were in Waverly and halfway there, we headed out to find Lake Wanahoo near Wahoo.  My grandparents lived up in northern Nebraska, so I think we drove by this lake different times growing up.  But we had never stopped, so I was looking forward to getting out and exploring. 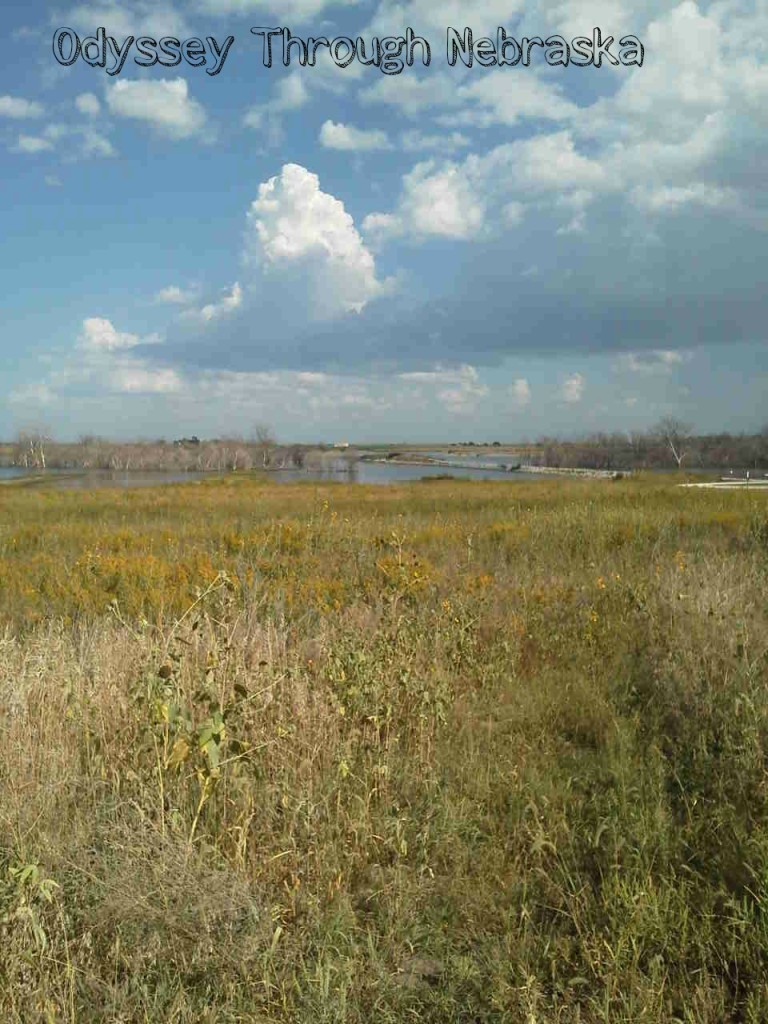 But, I tend to be a bit optimistic on timing.  On how long the completion of a task really takes.  That day was no exception.  Our timing was later than I hoped, and my daughter had gymnastics we needed to get back for.  So while wandering around was no longer an option, I still wanted to get to the post.  I did not pay enough attention to the fact that the post was 1/2 mile away.  That usually means a trek across grass and a harder one to spot – different than the ones near parking lots.   We could not find the post.  Anywhere.  Finally we called the NGPP and asked for assistance.  Eventually we found this sign. 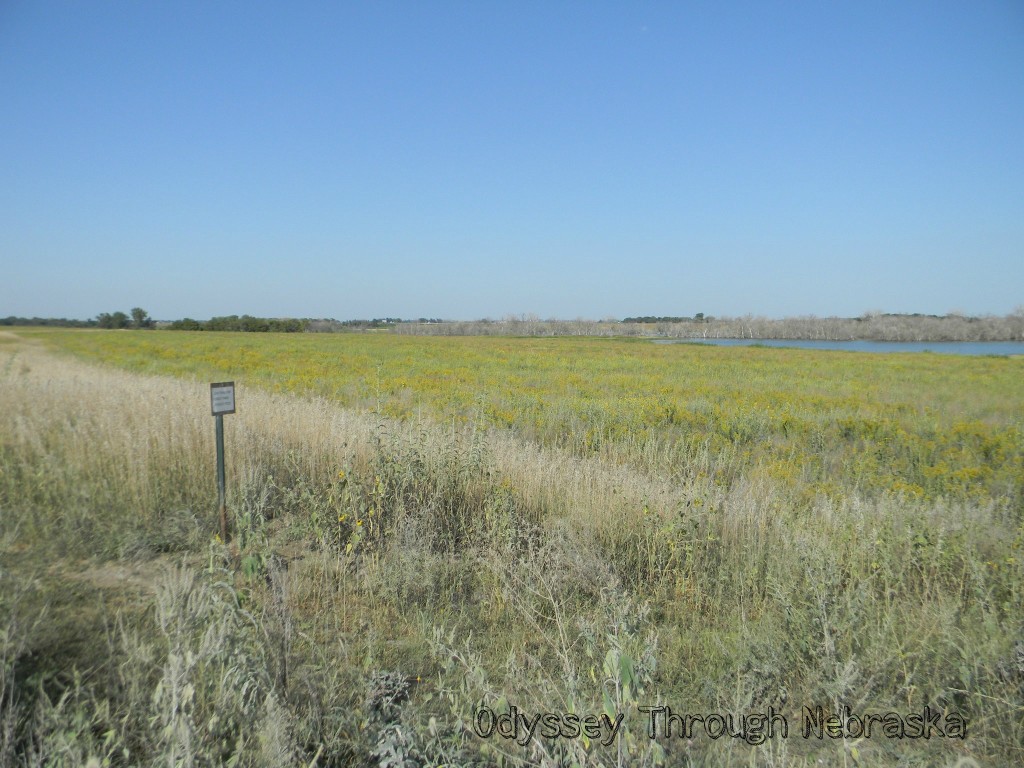 So one of my sons (the one with the seasonal grass/ragweed allergies) joined me on my sprint across the prairie to find the rubbing quickly to hopefully make it back to Lincoln in time for a 4:30 event that we had scheduled.  (We were both a bit stuffy later!)  We ran part of the way (he at least had tennis shoes) and felt like giving up this point.  But we were so close, so we didn’t.  We successfully found the post (after 20+ minutes of being at the park).  We ran back to car.  The other kids had climbed out in the meantime, and a bee had flown in.  So, now I got to be exterminator (thankfully he flew out when I swooped at him).  But this did delay us further.  I snapped a couple of pictures of the lake. 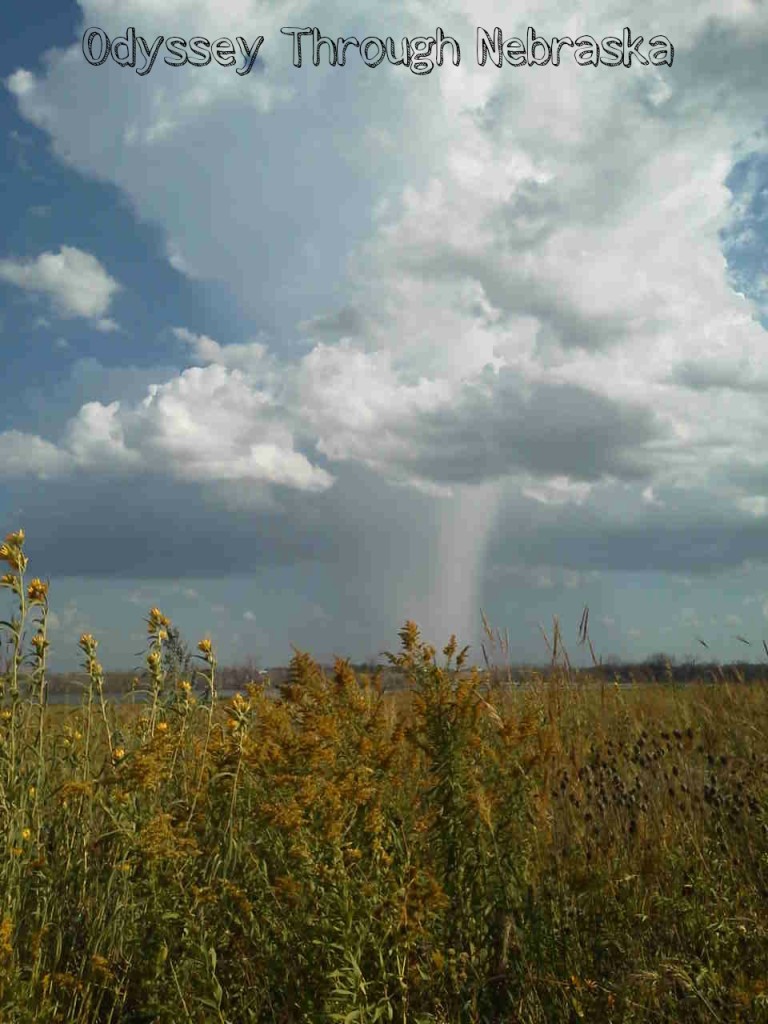 We could see the rain beginning to fall nearby … 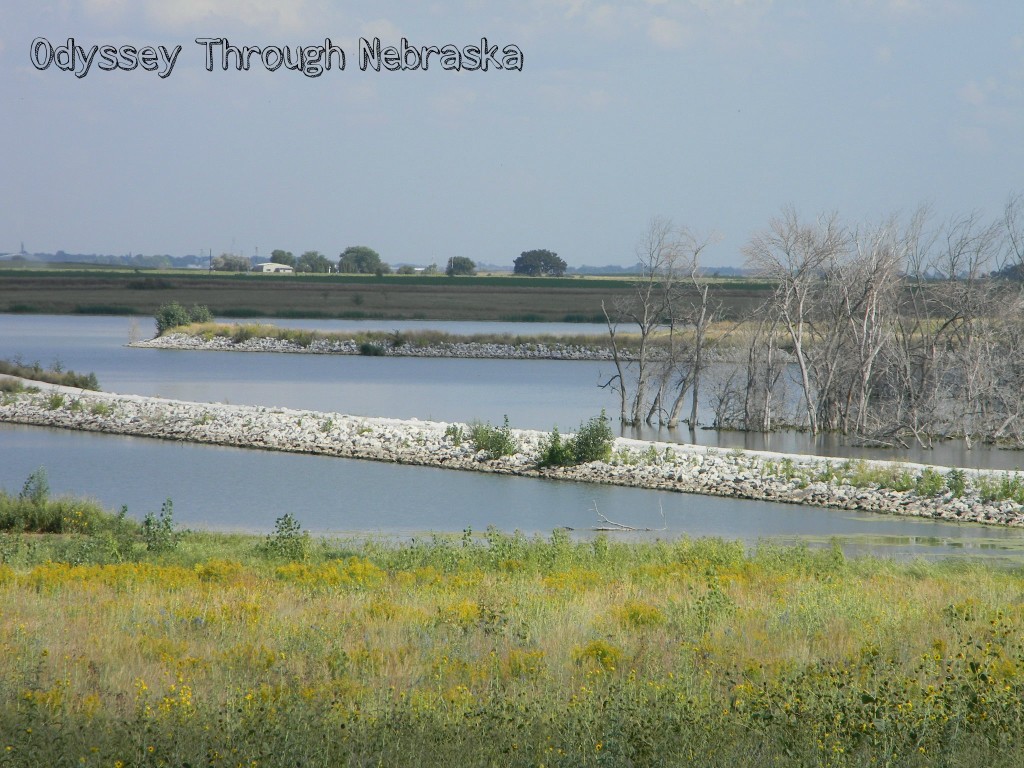 Such a lovely little lake … 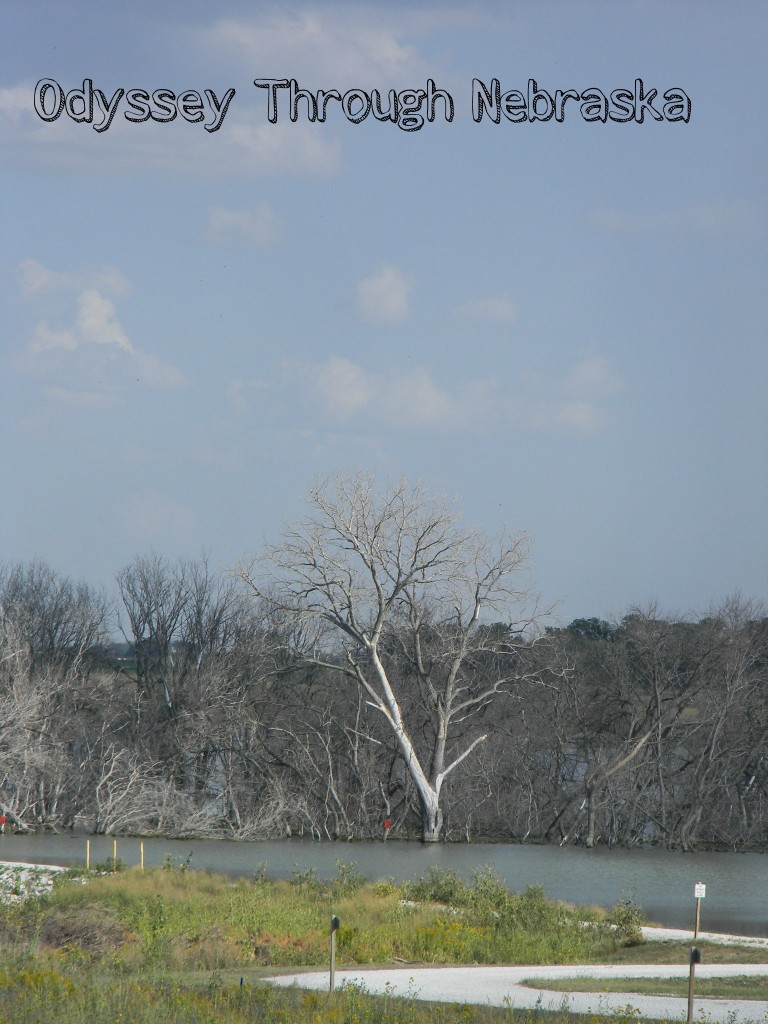 There was even a winding path.  Untraveled by us due to not enough time!

Then we headed home (where we were 10 minutes late, so my daughter had to skip practice)!  This lake was also not what I expected – hopefully we will make it back someday when we can actually enjoy what the lake has to offer.  End of Lake Experience # 2.

Maybe someday my Nebraska Lake experiences will work out better.  We did get our Nebraska Great Park Pursuit rubbings sent in yesterday.  If you participated in the Park Pursuit, your entry needs to be postmarked by Monday.  So, it’s not too late to join in the fun. Now that the Husker game is over, you have the rest of the week-end to go out  and experience one of the great Nebraska State Parks.  Hopefully your trips will go better than ours did!  At least we made some long-term memories.