Home/Flashback Friday: The Homestead Act and Nebraska
Previous Next

The history of Nebraska has involved some interesting scenarios, several of them, including this one, are a bit unexpected.  A New Year’s Eve party actually contributed to help our then-territory to get a jump on getting settled.  This first step forward would compel others to try to stake their own “claim” for free land.

When Daniel Freeman attended a gathering that last day of 1862, the Homestead Act had been passed months previously.  His goal was simple – convince a clerk to open up his office right after midnight to allow Freeman to stake his claim before going off to fight in the Civil War.  417 others also staked their claims that day, but Freeman was given credit for being the first.

Why was there a lag time between when the law was passed in early 1862 until claims were actually filed many months later?  One would think that people would travel in droves at the opportunity for free land.  Perhaps this was par for the course considering the fact that the Act was a LONG time in coming.  Guess I am getting a bit ahead of myself.  I should probably go back and explain the process. 🙂 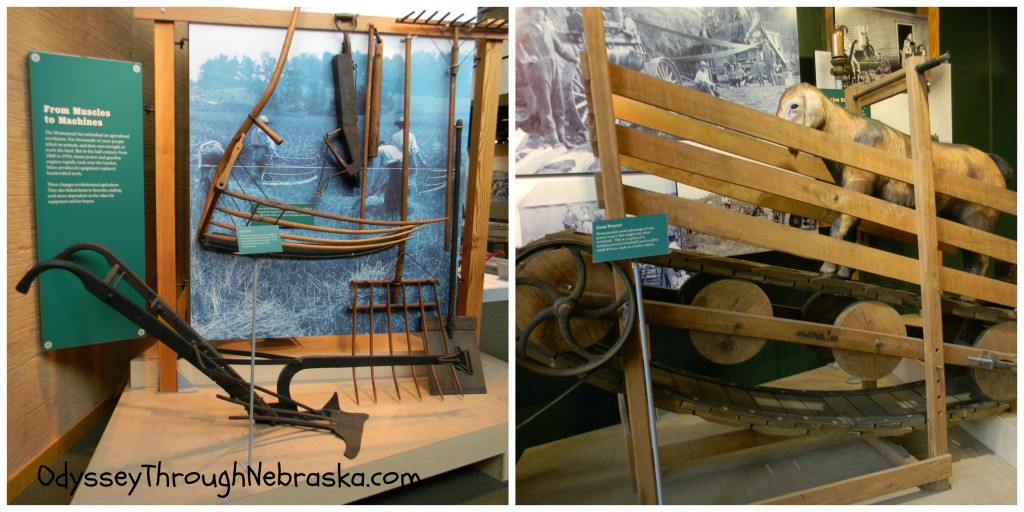 From the beginning of our nation’s history, the settling of the land was always up for debate.  Just as the farming implements continued to change over time, so did the process of buying and selling land.  Many attempts were made to try to pass some sort of successful land act.  Finally in 1862, the Homestead Act was signed into law. Any United States citizens could claim 160 acres of land once they successfully …

If the claimant was impatient, they could live on this 160 acres for 6 months, make minimal improvements, then buy the land at $1.25 an acre. 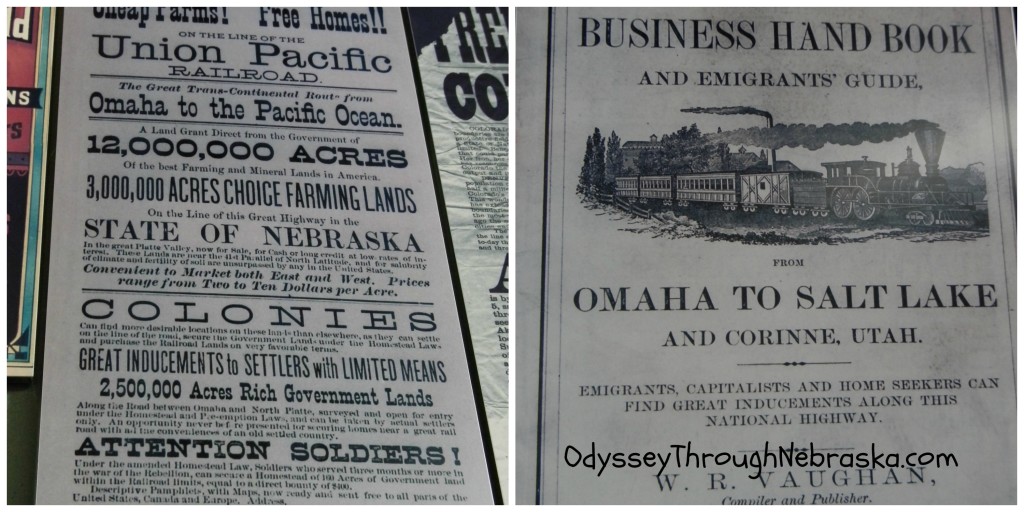 What stalled the arrival of settlers?  Two key factors: lack of ability to get to their destination and probably more importantly as I mentioned above, the fact that our country just happened to be in the midst of a Civil War affected the citizens ability to move West.  Thankfully the former eventually concluded.  As for the first issue, another 1862 Act was passed that made all of the difference: The Railroad Act.  Finally settlers had the promise of easier ways to travel. 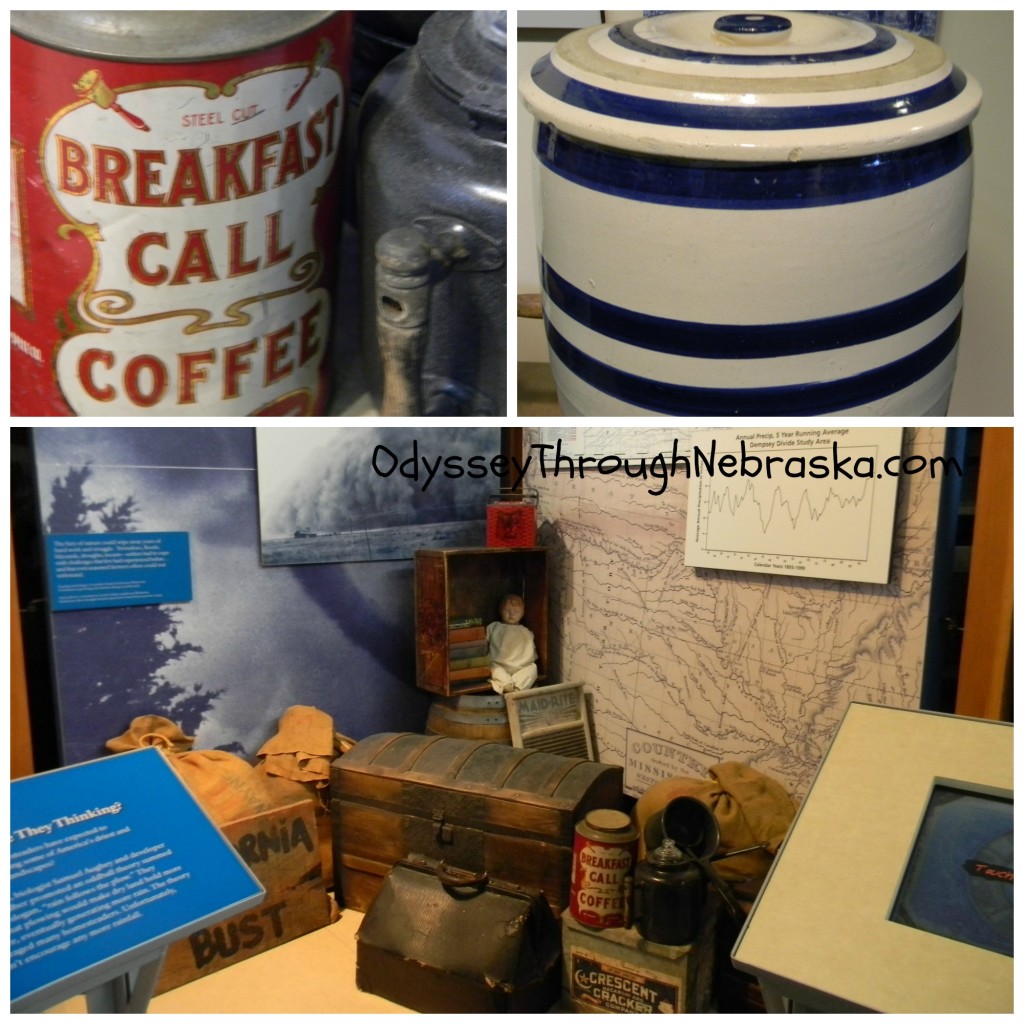 While the land may have been promised for free, the work was not exactly easy.  At all.  Storms, drought, insects, limited supplies, prairie fires, loneliness, basic overall suffering all plagued these pioneer men and women.  While 160 acres was plenty of land in the East, this amount was a bit small for the drier West.  Many gave up and simply returned home. 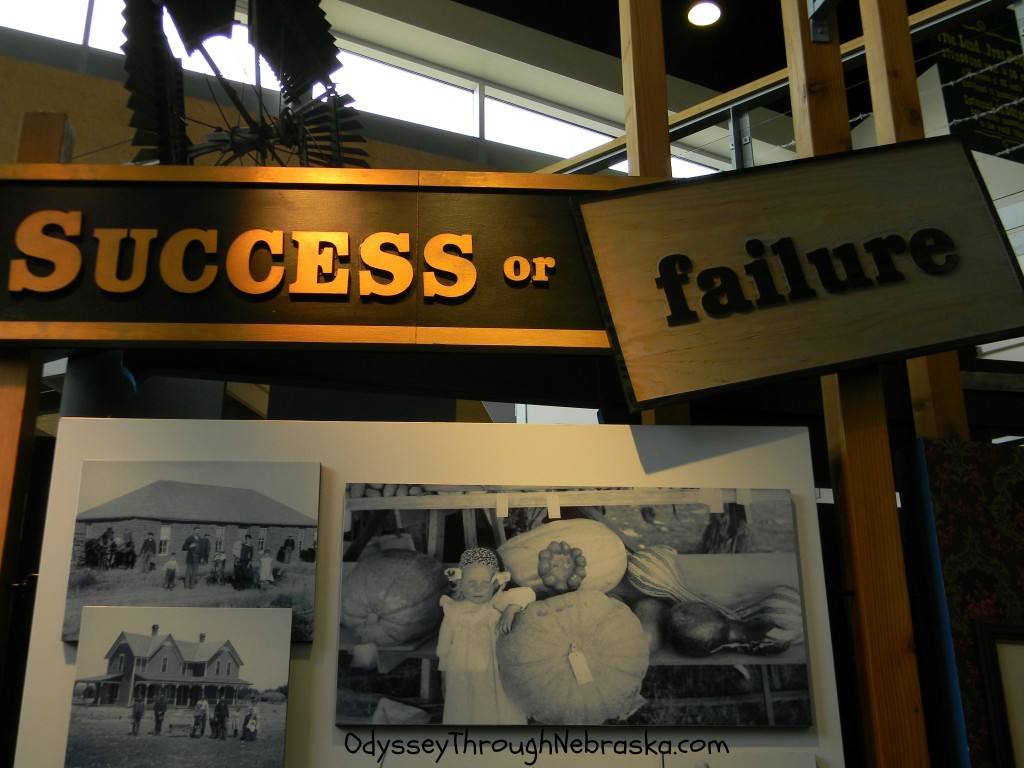 Enough stayed to make this a program that endured for more than a century.  This was an unexpected discovery for me at the museum.  To see stories about the first and last homesteader in the same display was quite interesting. 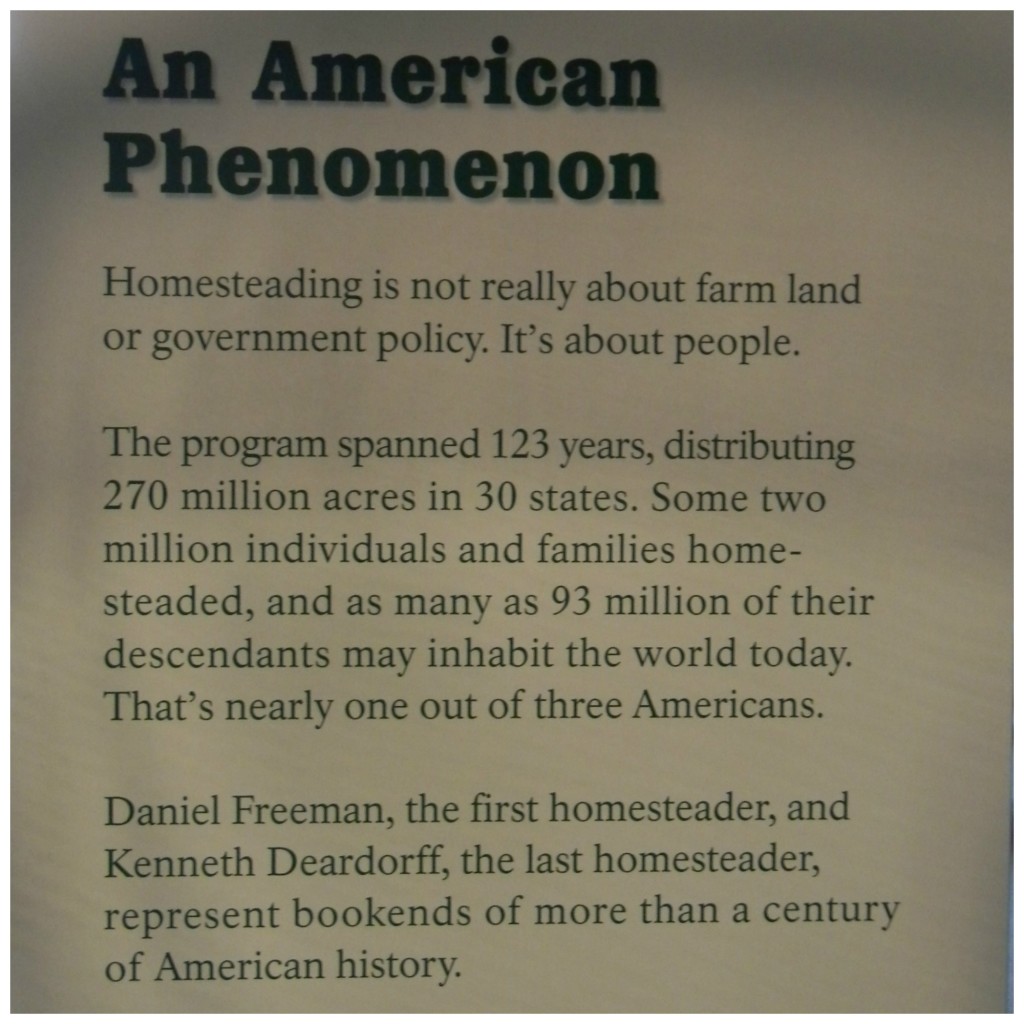 When you go to the National Homestead Monument of Nebraska, you can experience this part of history in a hands-on way.  Tomorrow I will tell about how your kids can become Junior Rangers! I believe this is the only location in Nebraska where that can happen.  One other note of importance, besides my personal visit to the site, I gleaned most of the remaining knowledge needed to write this article from the Archives.gov.