Home/Friday Flashback: 1st Meeting of the Nebraska Territorial Legislature 160 years ago
Previous Next

Today is the 160th anniversary of the Nebraska Legislature.  Of course one hundred years ago, Nebraska was a just under a dozen years from being an actual state yet.  Nonetheless this had to have been a significant day in the history of Nebraska since this signified the beginning of lawful order in a seemingly vast wilderness.

Back then, Omaha was considered the capital of the region.  This quote recalling that day is found in the Douglas County History at a Glance 2007 document that was organized by Liz Rea.  Thankfully, internet searches make finding this information easier than it once was. 🙂

The first Territorial Legislature
convened in Omaha on January 16th and was comprised of 26 members in the House of
Representatives and 13 members in the Council. The Territorial
State House was located on 9th
Street between Farnam and
Douglas.

Last week, the Nebraska Legislature began their 104th session
.  Obviously they did not begin counting their meetings as official until Nebraska was  actually a state.  In my rushed attempts at research, I could not easily discover why this number is not larger since Nebraska has been a state for almost 148 years.  Obviously, the official legislature did not start for several years after statehood due to not even having a capital city to reside in.  Beyond that, I am not sure.  Guess I have a topic for another day. 🙂 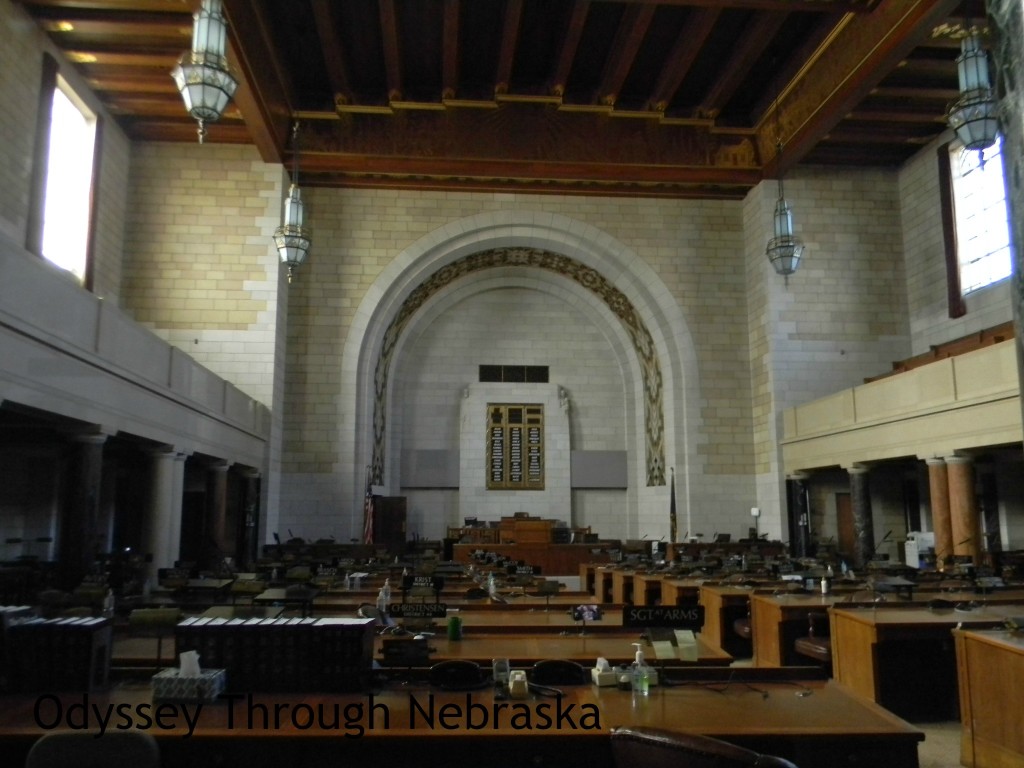 Interestingly the official Nebraska Legislature  of today has only 49 senators – just ten more than the territorial body.  Significantly, Nebraska also has the only Unicameral (one house lawmaking body) in all of the 50 states.  This one house party seems to work well here.  Our family has yet to watch a legislative session in person, but we did enjoy watching the swearing in of Governor Pete Ricketts last Thursday live on television.  Hopefully someday soon we will make it downtown to observe the legislature in person.
Until then, happy anniversary, Nebraska Lawmakers!