Watching the show History Detectives on PBS could become habit forming for me.  Since we rarely get around to turning on the television at night, I forget to watch the show when it is on.  (I just discovered they have some episodes online – that might be trouble!) Regardless I love the show’s concept.  Historians search out the actual backgrounds and explanations of objects that have been passed down through generations.  Because the Civil War is so fascinating, this is often a topic of documentaries.  Hearing that there is a connection between Gettysburg and Nebraska intrigued me.

The flag from Gettysburg to Nebraska

For the past few weeks, we have been delving into the Civil War in our homeschool.  While several battle names and details are stuck in my memory, I am greatly enjoying learning more.  Many details of history had been lost to me.  When another homeschool mom set up a group field trip to see a flag that was from Gettysburg, we were all really excited for that opportunity.  After listening to the talk for awhile, I discovered that the story behind this historic flag was not as simple as I expected.  In fact, our family was about to be treated to our own live version of “History Detectives.” 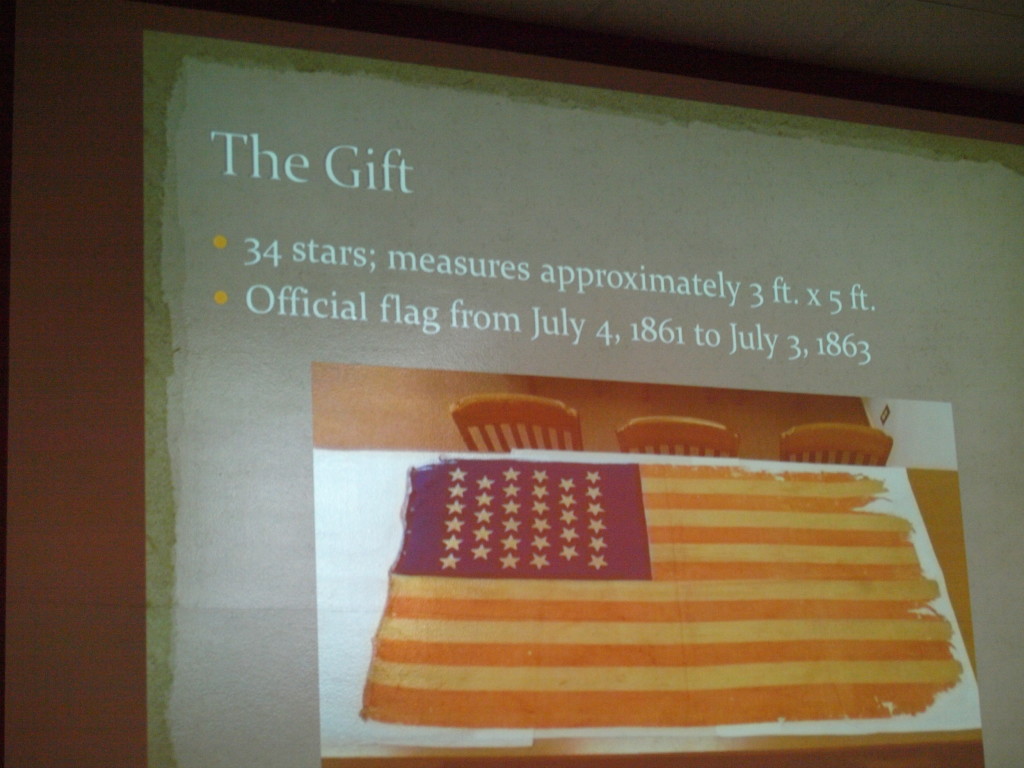 Determining the authenticity of a historic artifact is not easy.  Alumni and former professor, Muriel Flemming O’Connor, donated one of her family heirlooms.  This flag had a history of mystery. For the past 8 years, one small part of Union College librarian, Sabrina Riley’s job has been to research the facts. The college knew this 150+ year old flag was a treasure.  Determining the real background of the flag was another matter. 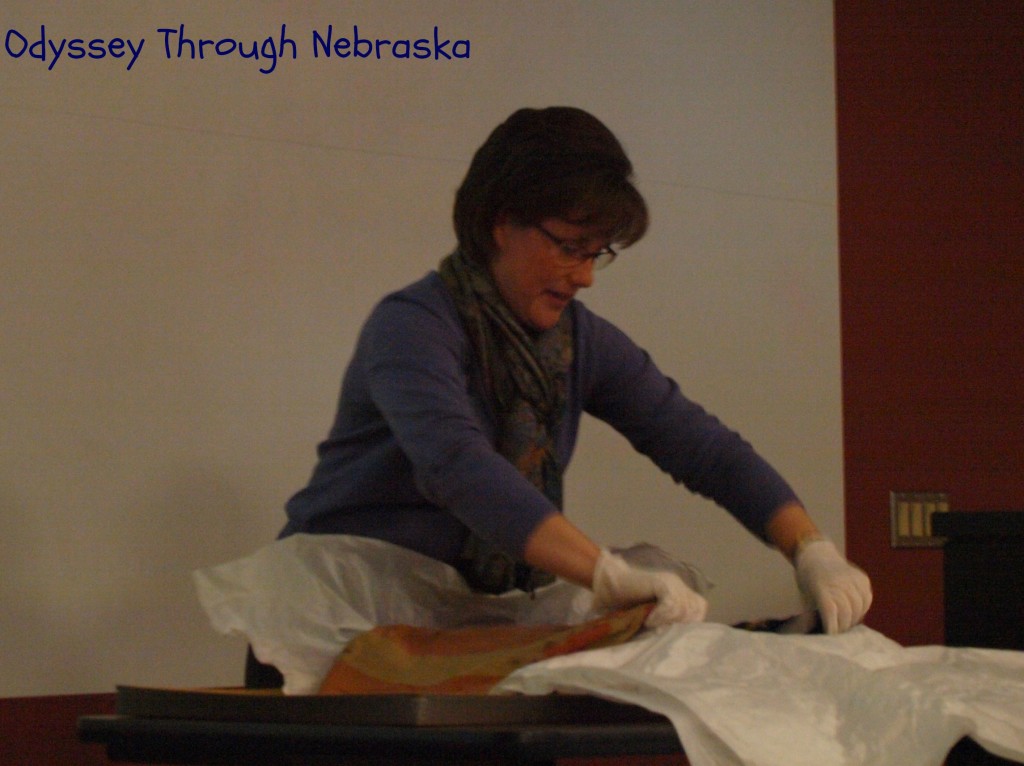 Through painstaking research, Sabrina has been able to learn more about the Flemming family.  The details of that lengthy search that she shared with us Wednesday morning are really hers to tell.  But what I learned is that family history can easily become more legend and lore.  Unless you document the events or write them down, the truth is hard to find.  (A great inspiration to actually do something with all of the thousands of photographs stored on my computer. Without the stories, they do not mean as much. 🙂 ) Part of Sabrina’s research did verify that this flag probably would have been in Gettysburg near the time of the battles.  Possibly even during Lincoln’s visit.  Yet due to lack of photographic evidence, whether the President was ever near this particular flag cannot be determined. 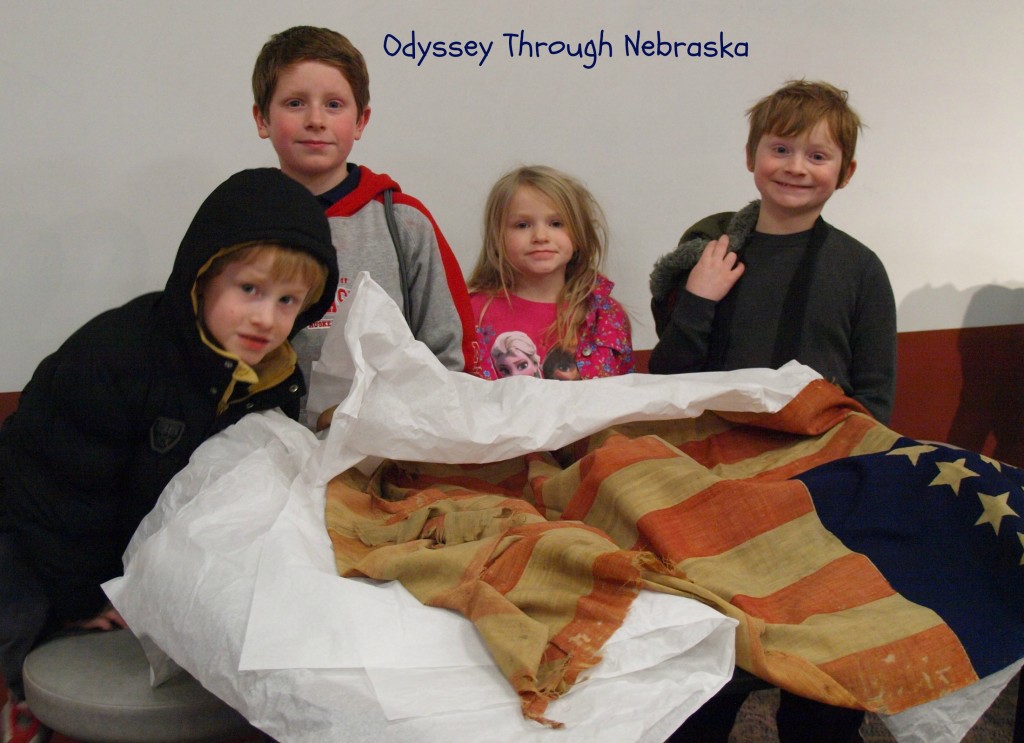 Lessons Learned from the Gettysburg flag

What struck me the most about hearing about this flag was the story about the Gettysburg itself.  Seeing how close the town really was to the South.  Pondering the reality of having a three day battle fought literally in your backyard.  All of the mess and the damage and even the bodies that were left behind.  Staggering!  Just reading about the results of the battles had caused me to be a bit detached about the horrors of a war that went on far longer than anyone anticipated.  Learning more about the story of the town of Gettysburg brought the Civil War to life in a new way for me.  Getting to hear the background of those three days in July changed how I will recall the conflict between the states.