Although I only had a chance to interact with him on two occasions, Tom Buecker made an impact on my life.  In case you do not recognize his name, this man worked for the Nebraska State Historical Society for 38 years and unexpectedly died earlier this month.  This is a bit more about him officially from their Facebook page.

Longtime NSHS employee and noted Nebraska historian Tom Buecker of Lincoln passed away unexpectedly February 2, 2015. In his nearly 38 years of service to the people of the state at Neligh Mill State Historic Site, Fort Robinson, the Kennard House, and the Nebraska History Museum in Lincoln, Tom sparked learning and curiosity about our rich past among many audiences, from pre-schoolers to seniors, and visitors and researchers from around the world. 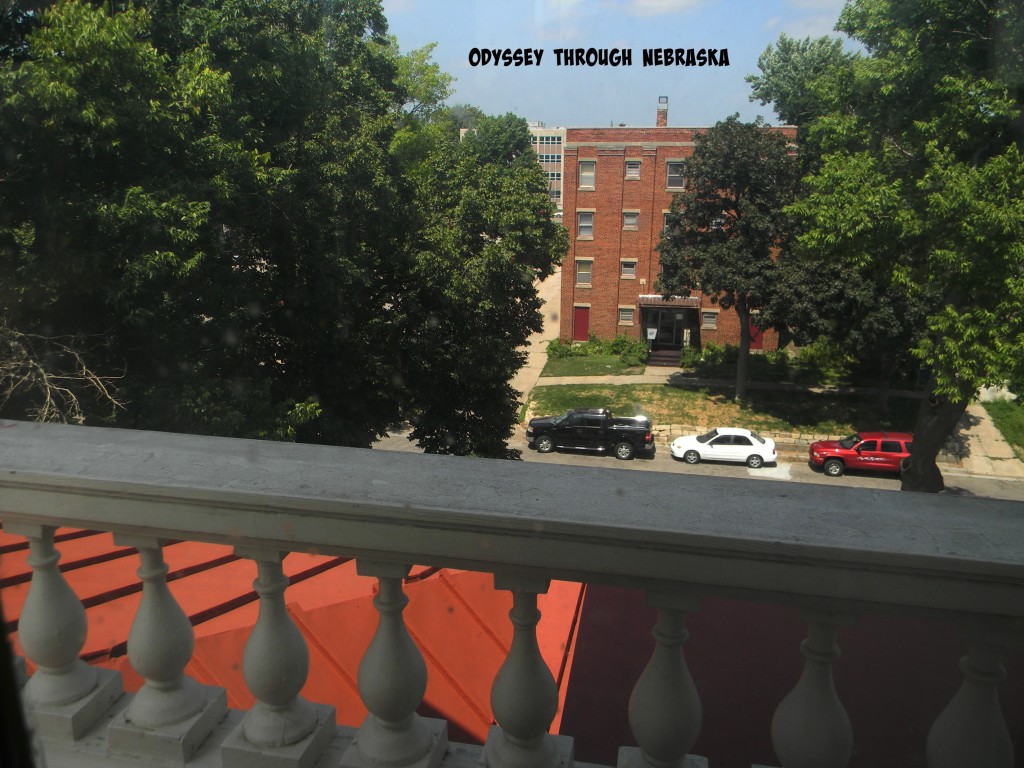 My personal interactions with Mr. Buecker

Both times that I interacted with him happened to be at the Kennard House.  The picture from above was taken on a tour that he gave me and the kids in the summer of 2013.  Oh all of the knowledge that he had about Lincoln and Nebraska.  Truly a fascinating tour, and he told us so many stories along with patiently answering all of our questions.

When I went to the Kennard House again for their December 2013 holiday tour, he was the guide.  I had just published my first magazine article about the next-door Ferguson House.  After the house came up in conversation, I mentioned that I had enjoyed learning more about the Kennard House through my research.  At that point, he paid me one of the highest compliments I might ever get as a writer.  Not only had he read the article, but he had clipped because some historical details I had mentioned were new to him.  From a man who wrote at least 70 articles and 3 books, I considered that to be very high praise.

Finding all of his articles on the Nebraska History website is a challenge since many times he is listed as a contact person, rather than as the contributor.  Yet if you can get a hold of any of his writings, you will learn so much more about Nebraska history than you ever could me.  His contributions toward Nebraska history should not be underestimated.  My condolences to his family and friends – I am certain he will be missed by many people across the state of Nebraska and beyond.