When my kids were younger, I taught them about Michelangelo by having them paint while lying flat on their backs. Underneath a table, I taped a piece of piece of paper and gave them watercolor paints. Needless to say, that is hard work. They did not last long. But for one Lincoln local, she had the experience of painting flat on her back atop scaffolding for around six months. That is how long it took to complete that part of the remodel of the original Stuart Theater. To continue with the update, the owners renamed the space the Rococo Theater. 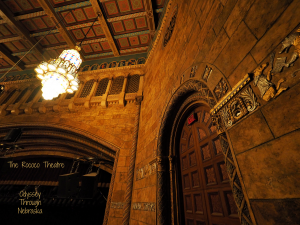 Original chandeliers had been hidden behind a false ceiling. There was red and orange carpet on the walls.  All of the elegance from long ago was missing. While this is not considered a restoration since some of the space design changed, their work would be considered a historic remodel.  Décor is reminiscent of Art Deco – the time period in which the theatre would have been originally been built. At the time, the building was a traditional theatre. Today the Rococo Theatre is more an entertainment venue with flexible seating and spaces. 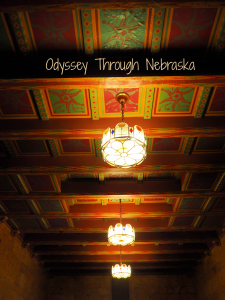 Many were also glad to see the next-door Barrymore’s also stayed open. This establishment is now considered the Backstage Bar.  The workings of the original theatre curtain are still hanging in the space. 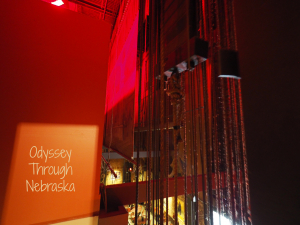 Other original features can still be seen such as the lavender rose windows on the middle floors. Interested in seeing more? Take the online tour.