The “Sweet” Life of Odyssey Through Nebraska

Home/The “Sweet” Life of Odyssey Through Nebraska
Previous Next

The “Sweet” Life of Odyssey Through Nebraska

Sometimes I have hard a time recognizing that I am getting older.  Like the fact that in a few years I will have been out of high school for a quarter of a century.  How is that possible?  One obvious demonstration – now when I listen to current music with my kids, I don’t always get it.  Or the sayings.  We used to use full words as slang – now all I hear is “bff” or “ttyl.”  My favorite supposed misuse of slang that I heard was the older mom who texted her son to tell him that his great aunt died.  Following it with “lol,” she soon came to realize that saying did not mean “lots of love” after her son asked her what was so funny about that. 🙂

Throughout high school, one of my favorite sayings was “Sweet.”  Pretty much that meant anything that was spectacular.  I must confess that word has not exactly left my vocabulary.  I guess have never been that hip anyway – may as well keep confirming that. 🙂

Anyway, one thing that I really do think is “sweet” is giveaways.  I LOVE getting to pass on fun things to my readers.  I wish I could do one every week, but I think I might run out of people willing to support that wish of mine.  Tonight I brought my oldest in on the excitement and let him draw the winners.  Without further delay (since this has taken long enough!)

To Thadeus on winning “Nebraska: Land and Sky” DVD (Thanks, NET, for that donation!)

To Heather P. on winning the assortment of summer soap (Thanks, Pacha Soap for helping all of us to raise the bar!)

If you could each e-mail me (odysseythroughnebraska@gmail.com) your addresses, I arrange to get your prizes to you!

Thanks to Licorice International, I have another giveaway still going on.  Somehow this post was delayed in posting.  You have until mid-week next week to enter to win that giveaway. 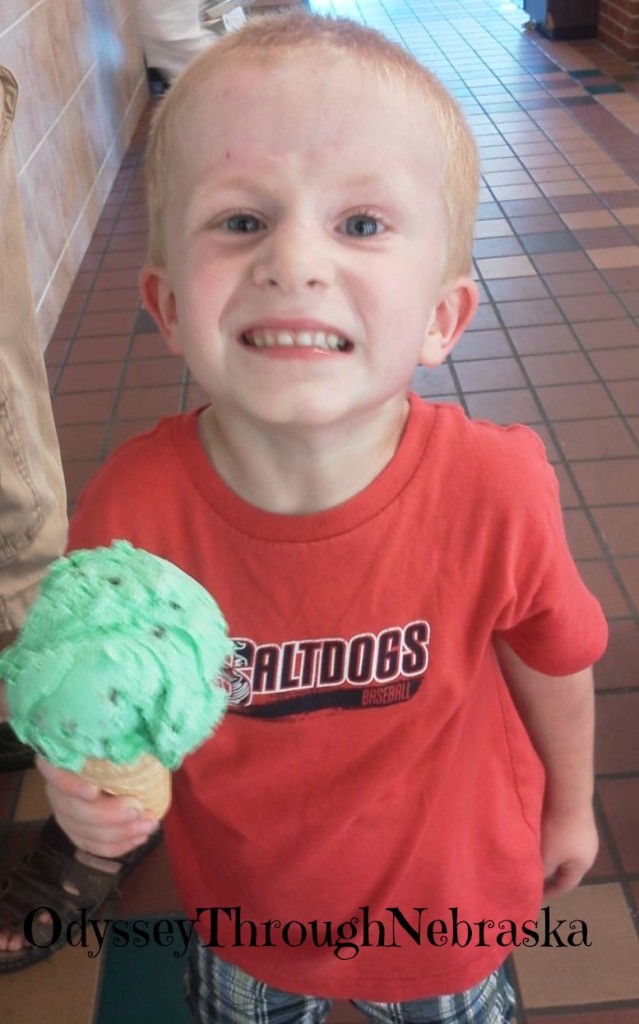 By the way, speaking of sweet, did you know that this is “National Ice Cream” month?  In fact the official day happens shortly – the 3rd Sunday in July.  Did you know that Nebraska’s first ice cream social influenced the site of the capital?  Or that Nebraska had a creamery that was known all over the United States about a century ago?  Those are just a few of the ice cream posts I featured on this blog the month that I started two years ago.  Hungry for more?  You might especially enjoy preparing one of our family’s recipes for ice cream.  Or visiting one of these fine Nebraska locations and let them do all of the scooping!

The Scoop in Nebraska

Have a SWEET night!