Brenna: My Friend Along for the Ride – Day 6 #DetourNebraska Challenge

Home/Brenna: My Friend Along for the Ride – Day 6 #DetourNebraska Challenge
Previous Next

Brenna: My Friend Along for the Ride – Day 6 #DetourNebraska Challenge

I always read book dedications.  Now that I have written my own book, I really like to take notice of who the author is appreciating.  For my dedication, I was allotted around 200 words.  Name that mean so much to me and who I would love to personally acknowledge on my blog.  And gradually I might do that.  But for today, I want to highlight one person: Brenna.  She has been one of my dearest friends for over twenty-five years.  (Wow, that makes me feel old!)  And when I said thank you especially to Brenna in my dedication, this is why. 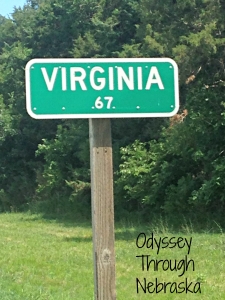 Last summer for the first time in a LONG time, Brenna and I spent the day together.  Now we have spent time together here and there but usually that always involves kids.  All of mine were camp.  All of hers were occupied.  So we went to Virginia.  As you can see from the sign, we did not drive all of the way to East Coast.  But we did have fun exploring the Southeast corner of the state.  Since that is the exact part of Nebraska that I am talking about this week, I thought telling you a bit more about our adventures makes sense. 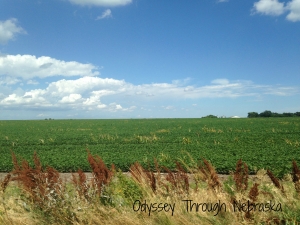 Actually to be honest, I cannot remember that many specific details.  But I do know there was a lot of laughter about silly things.  And honest conversation.  And greasy but yummy food at a bar because that is all that was around.  And random pictures along the side of the road of fields.  Brenna gets the fact that is important to me.  And she lets me be me. What a gift!

That day, there was no book on the horizon.  I was on a mission to see several of the 2016 Nebraska passport sites.  And we really enjoyed taking pictures of the Filley Stone Barn.  We drove through unfamiliar towns and new places.  Not being on an exact mission meant that this was one of the most relaxing days that I had had for a long time. 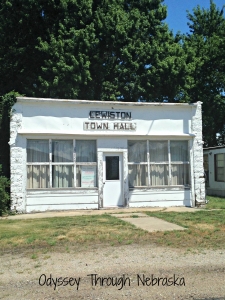 We also explored the town of Burchard – home to Harold Lloyd.  Heard of him before?  I had not either.  But evidently he was quite the silent film star.  You can take a tour of his small home and even see clips.  I had never 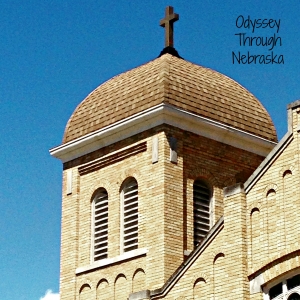 been to Burchard before.  One of the churches on the edge of town definitely caught me eye.  Overall the day was a rare one with a bright blue sky, puffy clouds and time with the someone that you care about.  Brenna has always been the type of friend who brings out the best in me!

The next Brenna adventure

Fast forward several weeks.  Now I do have a book in process.  So we head out on another adventure.  This time, my kids and one of her daughters tag along with us.  Although it was possibly not quite as peaceful, that was also a fun day of togetherness.  We had that right amount of music and conversation.  And a picnic because eating out with that many gets a bit pricey.  We continued on our Southeast Nebraska route.  Tomorrow I plan on telling you about one of my favorite places that was barely able to be mentioned in the Detour Nebraska book.  And there are more places that I will tell you about in the months to come. 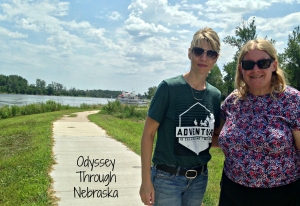 Besides traveling around with me, Brenna is the one who sat by me when I went through hundreds of pictures to choose which ones would be best for the book.  After narrowing down the favorites, we began to simplify them either more.  We tried them all in color, then in black and white, so that we could suggest the best combinations.  That was quite the process, and I was grateful that she was willing to sit beside me.  Thanks again, Brenna.  I could not have written my words or had the courage to take my pictures without you.

“Words are easy, like the wind; Faithful friends are hard to find.”   William Shakespeare. 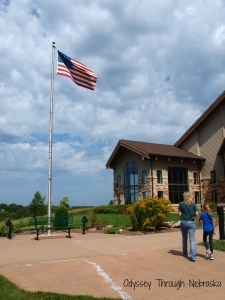