Cooking Around the U.S. from My Nebraska Kitchen: 1st Stop: Delaware

Home/Cooking Around the U.S. from My Nebraska Kitchen: 1st Stop: Delaware
Previous Next

Cooking Around the U.S. from My Nebraska Kitchen: 1st Stop: Delaware

This joke, told to me by my 9 year-old, pretty much sums up the results of our first meal made in our cooking around the US from our Nebraska kitchen challenge.  Yes, one hour after supper I still had three kids around the kitchen table attempting to finish their few measly bites of cauliflower.  sigh.

Originally when I started this project of cooking around the United States, my plan was to possibly share my list of recipes with a few friends.  After all, I am not a food blogger.  Then I thought that I may as well tweet about the recipes and see if anyone e-mailed me any new state recipe ideas.  Since I know many of friends are only on Facebook but not on Twitter, the idea grew to posting the recipe links there too.  After attempting our first meal last night, I pondered my strategy again.  Especially as our meal from the First State was not exactly a rousing success.  Linking recipes without explanation will not help if someone else wants to try this same project.  Suddenly I had an additional weekly post.  On Tuesdays I will share any meals that we have made from the various states that we are “traveling through.”  I hope you will enjoy journeying with us.

As I mentioned I do not consider myself a food blogger.  Presentation is not exactly my thing – ask my family. 🙂  I am willing to take a picture of the finished meal, but the shot will not look like a magazine spread.  If I consider myself a test kitchen consultant, I will be less concerned about making it all look perfect.  After all, this will be our dinner, and I like hot food! 🙂

Because I am not planning on developing any of the recipes, I will give you honest review, including what my children really thought about the meal.  Additionally I will give suggestions on what I would do to make the meal taste even better.  I figure if I show you my basic presentation that gives evidence to the fact that I am just an average cook and share real results, maybe you all would try some of these recipes as well!

Now, on to Delaware. 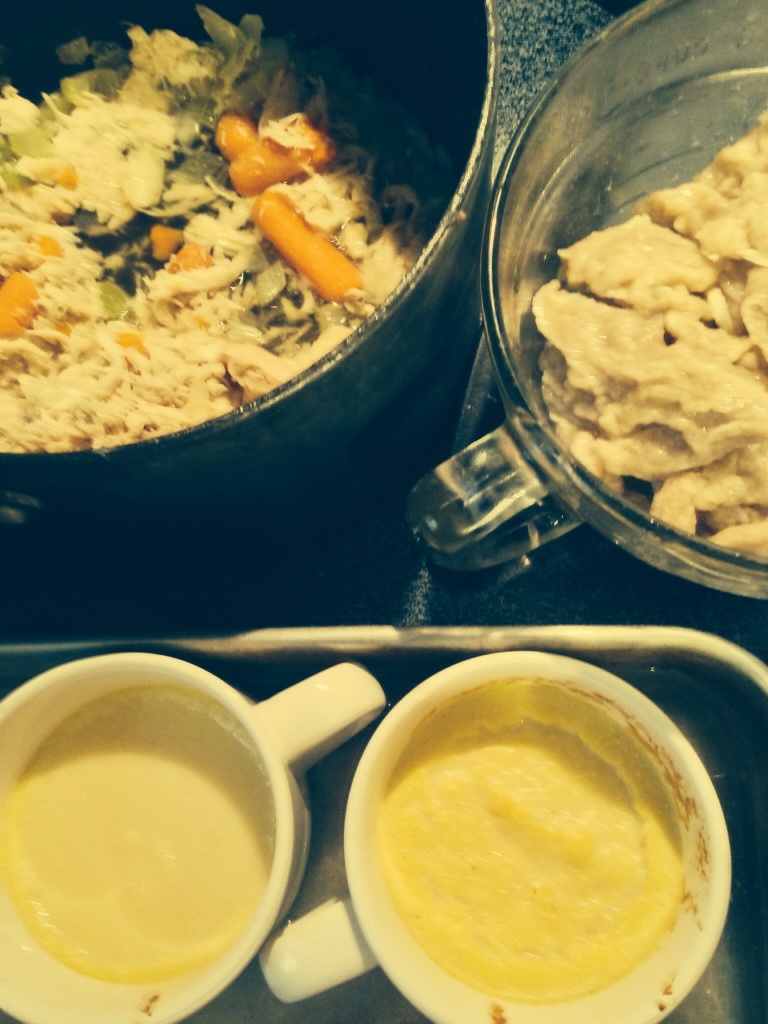 Have you ever made a meal and wished that recipe writer could step out of the pages of the cookbook and give you personalized instruction on how to make the dinner?  I could have definitely used that.  Especially on making the dumplings.

Part of the problem was that we arrived home too close to supper time after being gone all day. While I had made as much as possible in advance, I still had plenty to do.  We ate rather late by the time I finished, and all were quite hungry and rather crabby including me.

According to the Taste of Home Recipes Across America cookbook that I will be making many of my recipes from, these type of dumplings are a Delaware tradition.  A cross between a traditional dumpling and noodle, these are square shaped and made with broth.  In their picture, they appear white and fluffy.  Mine, which you can see in the right corner of the picture, were gray and heavy.

Why?  I think I added too much broth.  So, then I had to add lots of flour.  Lots and lots.  Then I did not roll them out thin enough.  While they were edible, they tasted heavy.  If I made them again, I would cute the recipe in half or by 2/3. This still would have provided plenty of dumplings to go around.  I have a bowl full in my fridge that will probably just go to waste.  I feel loaded down with carbs, not yummy ones either, just thinking about eating them.

As for the chicken, I actually just used split breasts, cooked over night in broth.  My older boys assisted me take the meat enough.  Originally they were fussing about being involved and having to help.  Then they realized that they could play with bones and ribs.  More excitement was to be had when they discovered that they could see the shape of the Death Star in one of the bone remnants.  Honestly this interaction my boys made the whole meal effort worthwhile to me. 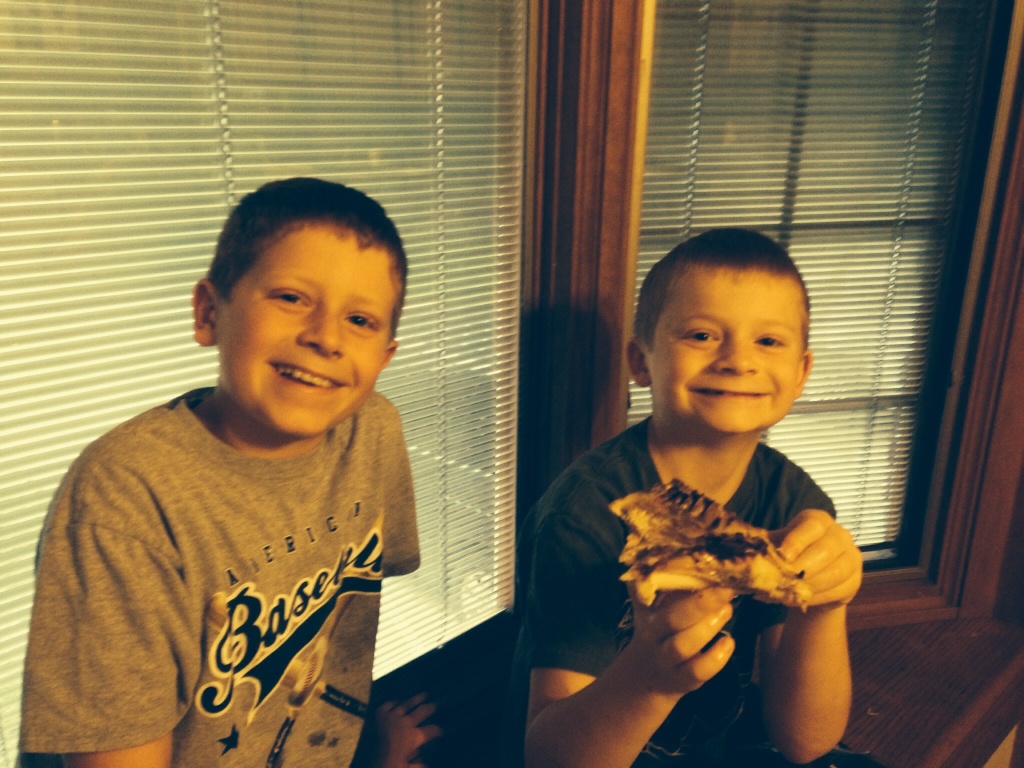 This way of cooking the chicken worked well.  We kept the chicken in broth all day in the fridge – it was quite juicy.  We had cooked the meat with carrots but had forgotten the celery and onion.  Before reheating the dinner that night, I sauteed those ingredients in a bit of butter and then added the chicken and broth. This part of the meal was quite yummy.  Just the dumplings did not add much unfortunately.

Cauliflower Custard from One Hungry Mama

My husband was excited to see my cooking cauliflower as I have not done that much.   Then seeing me puree it did not thrill him.  I must confess that I did not completely strain it the way I was supposed to do.  My sieve was too fine and was taking forever. This may have changed the result.

My pickier child was convinced that he would not like the cauliflower no matter what.  By complaining loudly, he persuaded two others.  Thus the three late eaters.  I think the recipe is good, but I think I would get at least some of the kids to like the vegetable more if I covered it in cheese sauce.  I know – for shame.  Or I may just mash cauliflower with potatoes sometime and hide them.  Shh – don’t tell.

Would I try these recipes again?  I am not sure.  Dumplings take awhile.  I could make the cauliflower ahead, but I am pretty certain food fights might entail again if I tried again.  Not sure I could disguise this version.  I did forget to serve peaches – the state fruit.  Now that will be one definite food item that will remain a happy part of our meals.