Cooking Around the U.S. from my Nebraska Kitchen: Stops 27-32

Home/Cooking Around the U.S. from my Nebraska Kitchen: Stops 27-32
Previous Next

Cooking Around the U.S. from my Nebraska Kitchen: Stops 27-32

Based on my lack of recipe posts lately, one might think that we have been taking a break from making our U.S. recipes, but we have actually been still cooking up a storm. In fact, with one state this week, three next week and two that will follow a few weeks later, we will have completed our project of making a meal from ALL of the 50 states. Since 24 states would make a rather long post, I simply will tell you about 6 states each time that  write a cooking post. 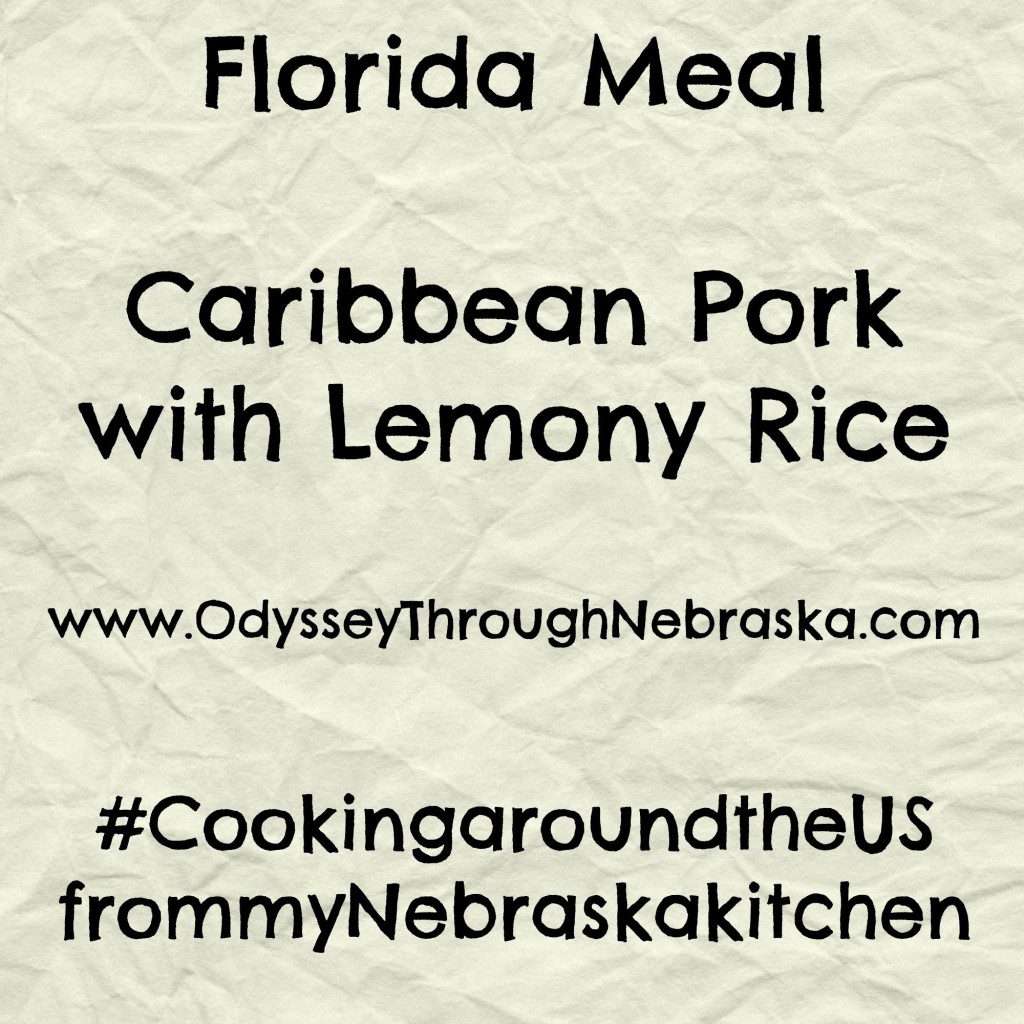 I must admit that on our first meal back after break I took the easy route. I happened to have some frozen pork that had been mixed with coconut milk and Jamaican Jerk seasoning. Served over rice made with lemon juice, the meal was a decent one. I may revisit this state and try something even better in the future. 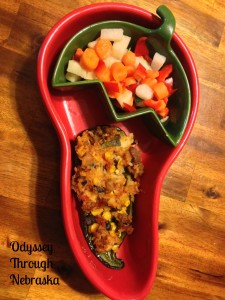 This main dish was a fun one that I would definitely make again. Using poblano peppers combined with hamburger, rice, corn, black beans along with salsa was great. Using chorizo would also be fantastic. Sorry for not being able to link the recipe – this one was actually from a cookbook. 🙂 For the side, I served this spicy jicama slaw If you have never served jicama before, this vegetable is starchy and almost sweet. I liked the side dish, but I would only make it again for a crowd. The yield was more than what our family could eat. 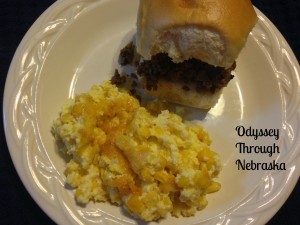 These Iowa Maid-Rites sandwiches are an Iowa tradition. I just used onion soup mix since I did not want to pay the $2 for a can of “French Onion” soup. I like these type of loose meat sandwiches better than the typical sloppy joe kind that has a tomato sauce base.

While I cannot seem to find the exact recipe, the corn casserole involved frozen corn and cream along with milk and butter. Probably not the most healthy dish, but the casserole certainly did taste delicious. 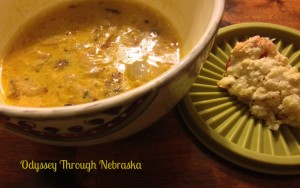 Finding a good recipe for Wisconsin cheese soup was harder than I expected, but I do believe I found a great one. Having brats for the meat in soup is an intriguing addition. Have the shredded carrots made a difference too in making the soup taste more blended.

California
Lime Fish Tacos
These tacos were amazing. The lime juice definitely made the difference in this recipe. Not sure that I will be able to convince my family to have these tacos replace our traditional beef ones, but I will make this version again. 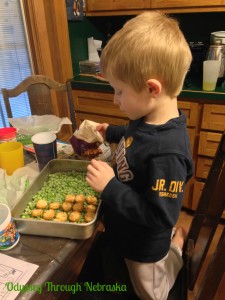 This recipe was a perfect one to involve a helper. If you know anything about Minnesota cuisine, you understand the importance of hot dish. This is actually a recipe that my Mom made for us growing up, but then of course it was a casserole. Funny how even in the Midwest, meals have different names. As with all casserole/hot dishes, the pivotal ingredient is of course, cream soup. I did modify the recipe to use potato crowns instead of the full size tator tot potatoes. I used peas when I made this Tator Tot Hot Dish I enjoyed serving my kids a taste of my childhood, but I must admit that I am okay that we have more than cream soup meals around here. 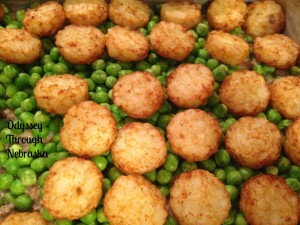