Home/First Nebraskans at the Nebraska History Museum
Previous Next 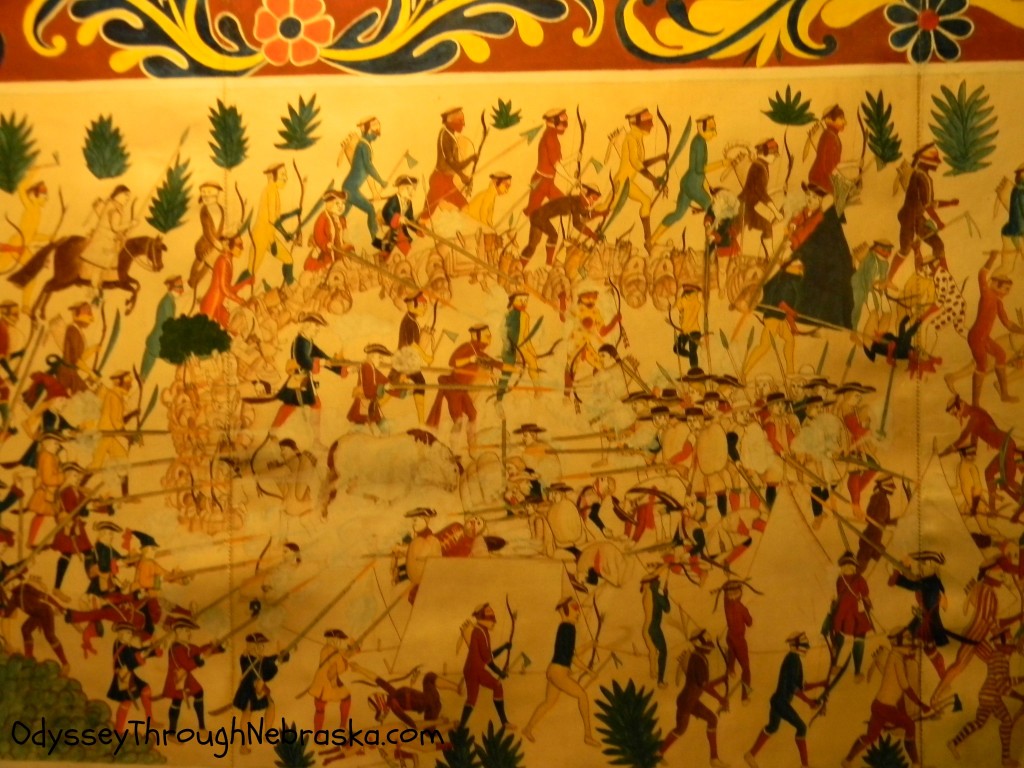 Did you figure out that we have not “gone” anywhere else since Tuesday?  For three posts in a row now, we are camped out at the Nebraska History Museum.  Since they only have a few weeks left with their current displays and organization, I bet they are glad to have prolonged visitors.  As I was getting ready for Tuesday’s post about their upcoming move, I realized that I had better post those pictures since they may no longer be relevant once the museum is updated. 🙂 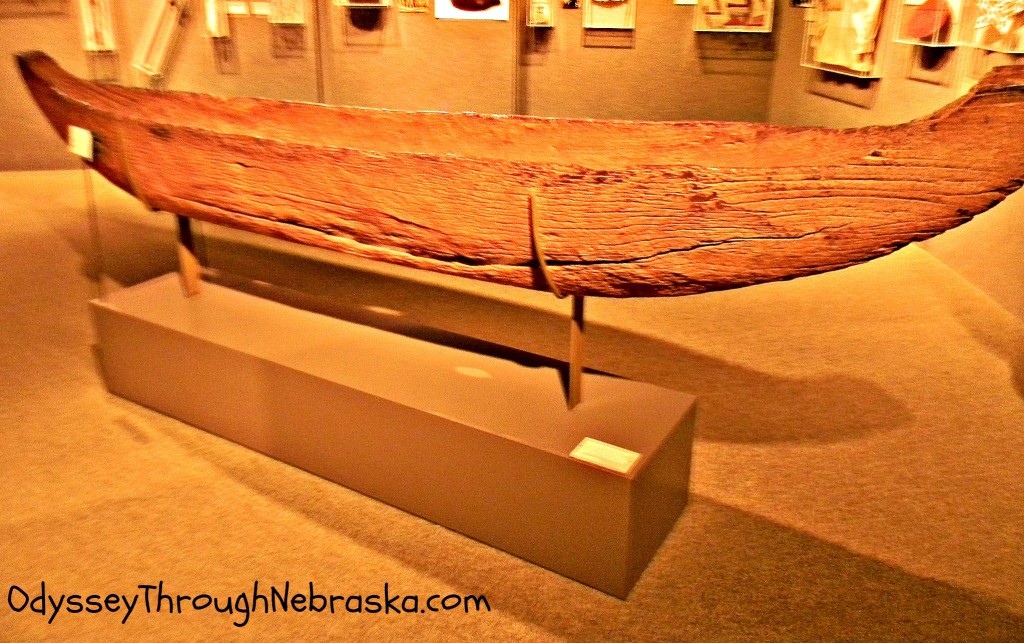 Last November, we visited the museum specifically to explore their “First Nebraskans” exhibit.  That was the content area that we were examining during our Nebraska studies.  Their displays are extremely well done but also a bit hard to photograph due to the dimmer lighting and glass cases.  The pictures do NOT really capture the displays.  (Guess you have just over two more weeks to go see them yourselves! 🙂 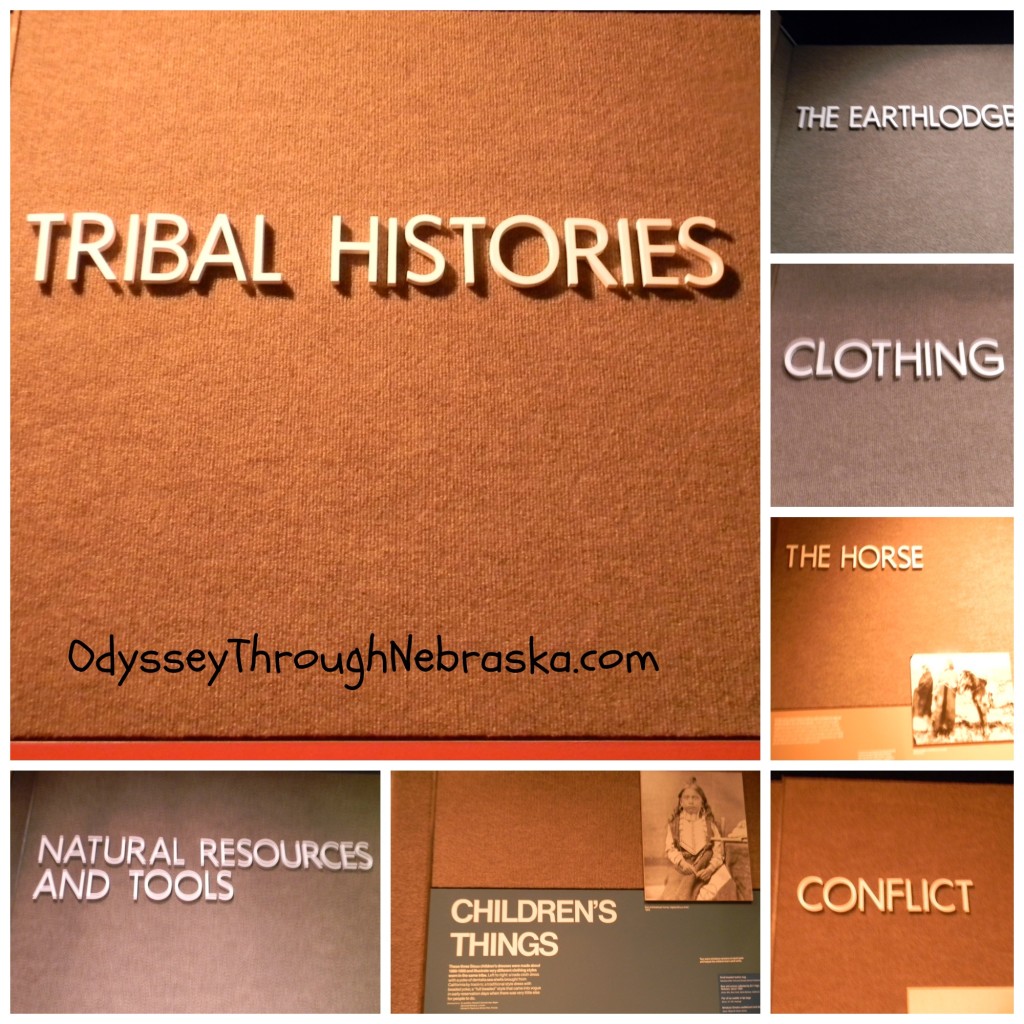 The painting that is at the beginning of this post is what greets you when you start walking through.  Throughout the displays, the Native American artifacts are grouped well into definitive categories.  Of course my sons and my daughter liked different parts. 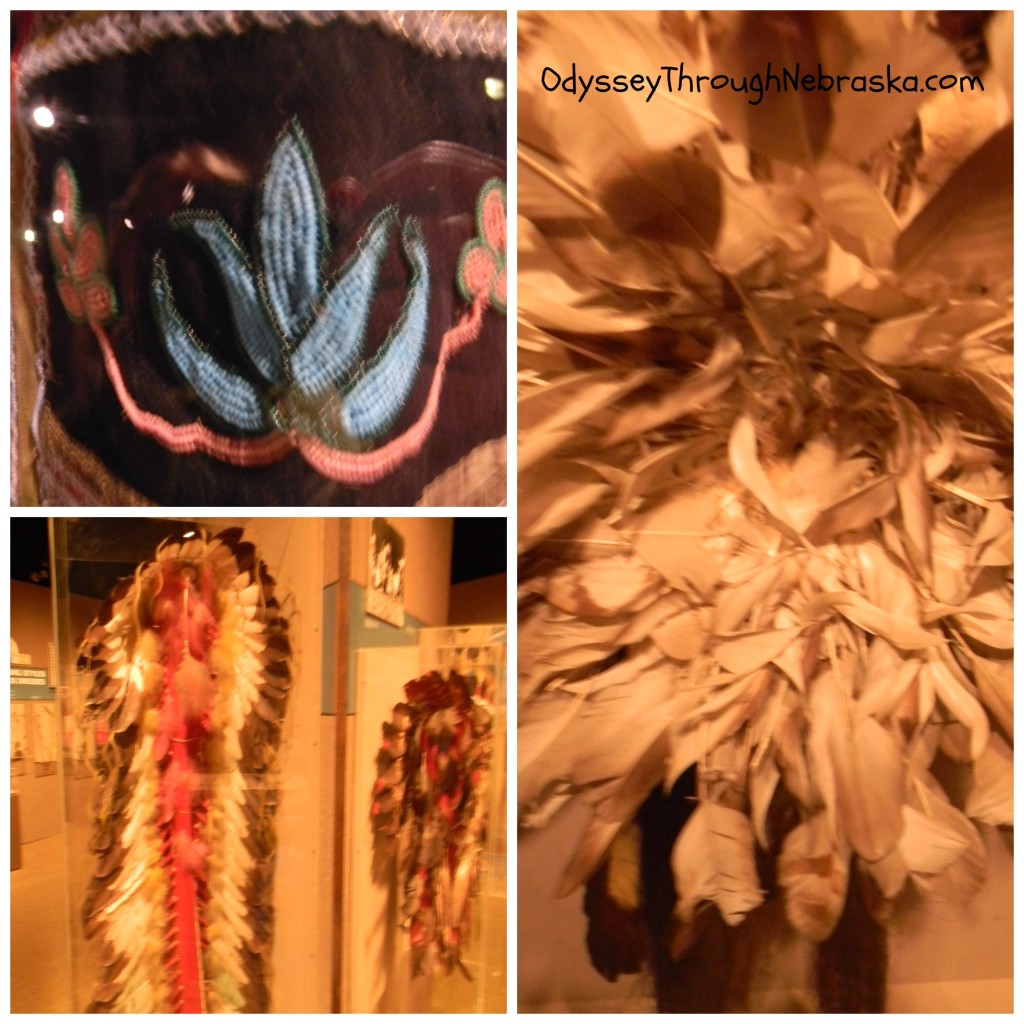 My sons were all about the headdresses.  And the fighting.  And going to war. 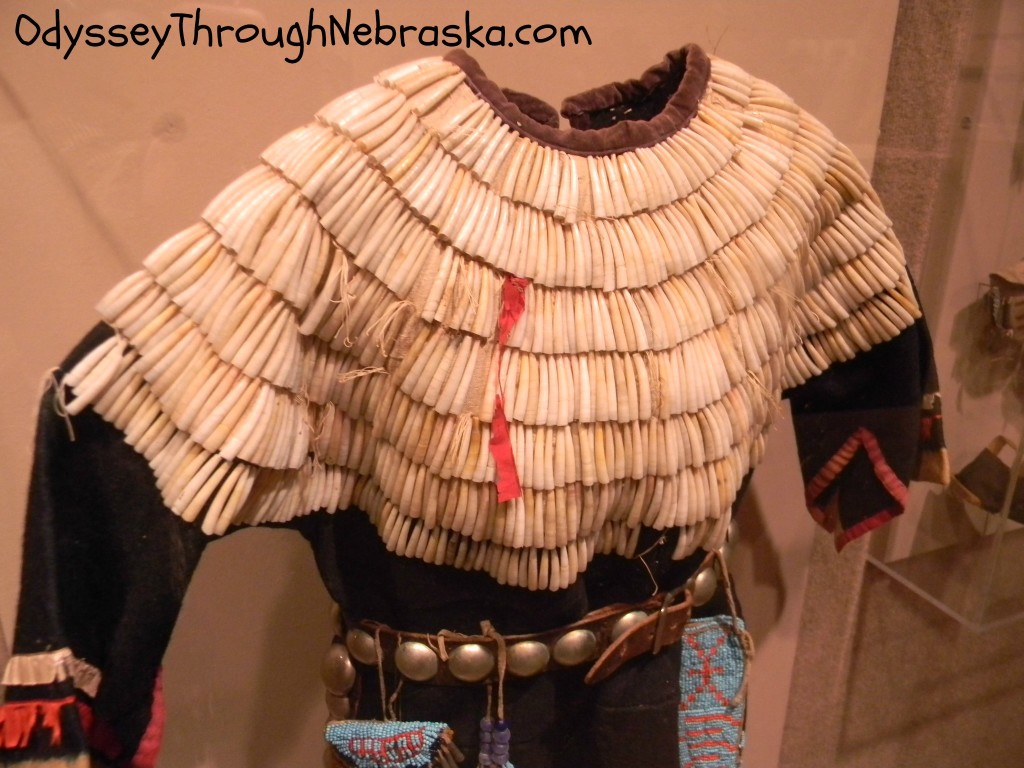 My daughter appreciated the intricate clothing.  And the beadwork.  And the baby papoose and dolls on display.  Whichever direction your children will take you, they will enjoy seeing the displays of Native American life in Nebraska.  Especially if you have never been, I really do think it is worth the time to investigate.

Early on in January, I told you about the Cowboy Exhibit that is a special display that will definitely only be around until the end of the month.  Tomorrow I will tell you a bit about the “Nebraska Joins the Union” display. By then, I definitely should have convinced you of the necessity of going to see this fabulous museum for yourself!