Without the Nebraska Passport, I would have never stepped foot in the Arrow Hotel.  Not because I would not want to – I have a deep appreciation for well-done historical buildings.  But because Broken Bow was only supposed to be a stopping point on our trip to Northwest Nebraska – simply a place to eat lunch.  Although the Nebraska Passport pamphlet does provide the hotel name and location, due to space limitations, no other details are given.  And while the building is lovely historic three story brick, grasping the loveliness inside is still a challenge.  Especially if you accidentally enter through the back door, which is what we did.  After following a short maze of hallways, we ended up where we were supposed to be – the actual entrance. 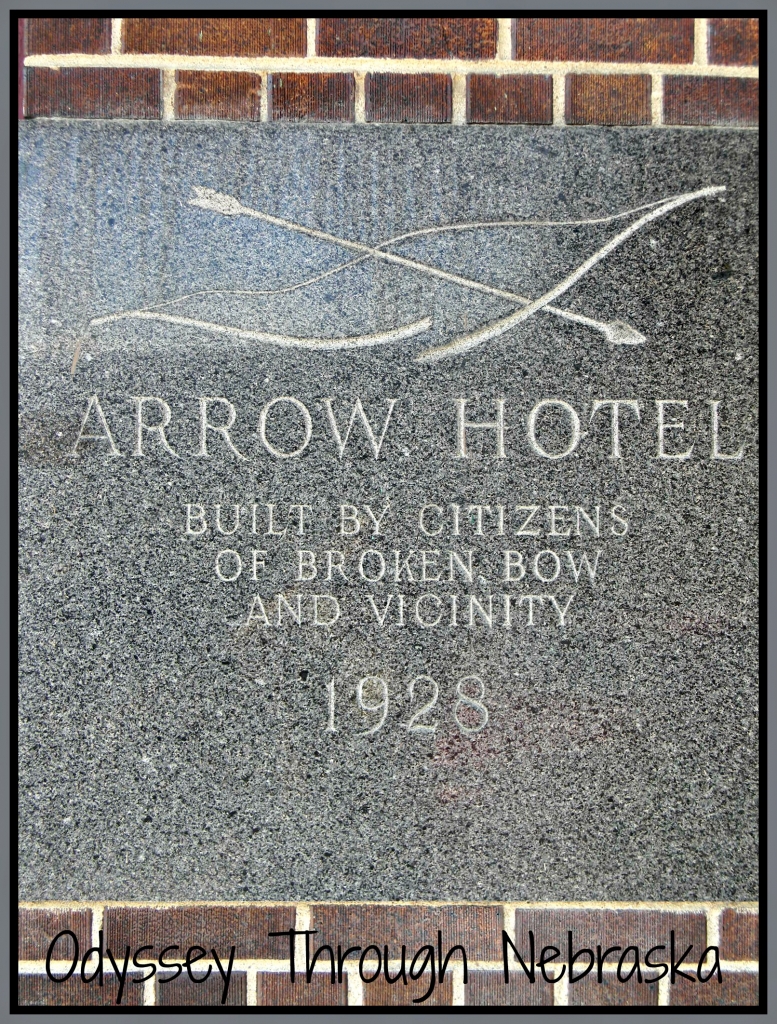 What was the hotel like in the beginning?   The Arrow Hotel was quite the place then (information taken verbatim from their website).

The Historic Arrow Hotel was built on 1928 by a group of private citizens to service the needs of the railroad. It replaced the old Commercial Hotel, and was the first three-story building in Broken Bow. The street-level consisted of the lobby, restaurant, beauty salon, barbershop, ladies dress shop and a ballroom. The second and third floors held fifty-two sleeping rooms with public baths at the end of the halls.

In 1932, twenty more rooms were added.  Then the Depression made its way to Nebraska.  The initial investors sold out, but the hotel continued to operate until gradually the place fell into disrepair.  Starting in 1984, local businessman Ray Brown worked to convince his neighbors that the hotel deserved a 2nd chance.  He raised money then renovated the Arrow into 23 retirement apartments.  Unfortunately due to lack of planning, this idea was a failure.

But all was not lost.  Others were convinced that the place could be a wonderful hotel again after the remodeling.  So, Arrow Hotel & Suites was created.  And the small businesses were transformed into rooms more suited for a hotel (other than the beauty salon that still operates in a portion of the former hotel ballroom). More renovations were gradually done, and the old hotel doors found their way to the dining room.  Adding the hotel to the National Register of Historic Places also helped to maintain the structure as a hotel.

The hotel also began to take on a best of a western feel, taking on a bit the central Nebraska culture. 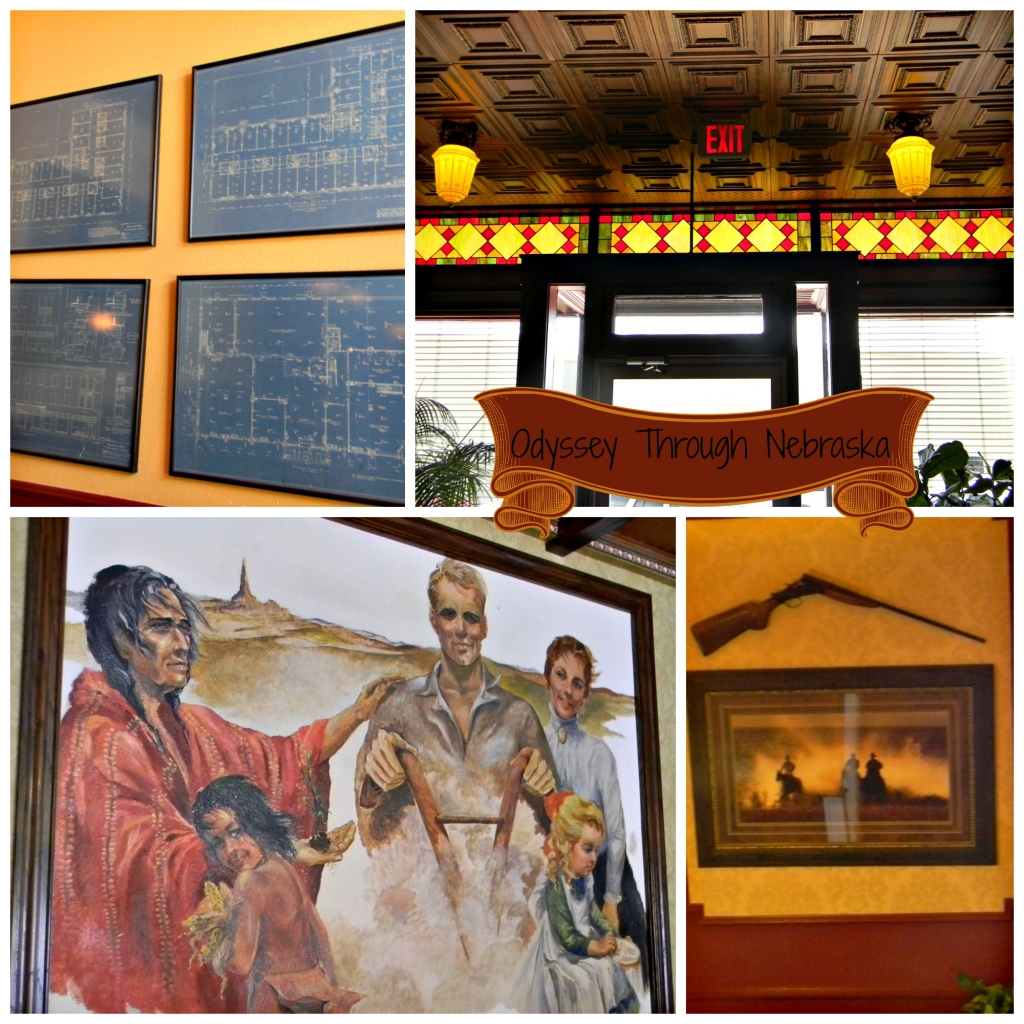 While the bottom floor has maintained the charm of long ago, the sleeping quarters have been updated to have a more modern feel.  The hotel manager kindly let me go take a peek at one of their suites.  I happened to pick their executive corner suite to tour – what a beautiful place to stay! 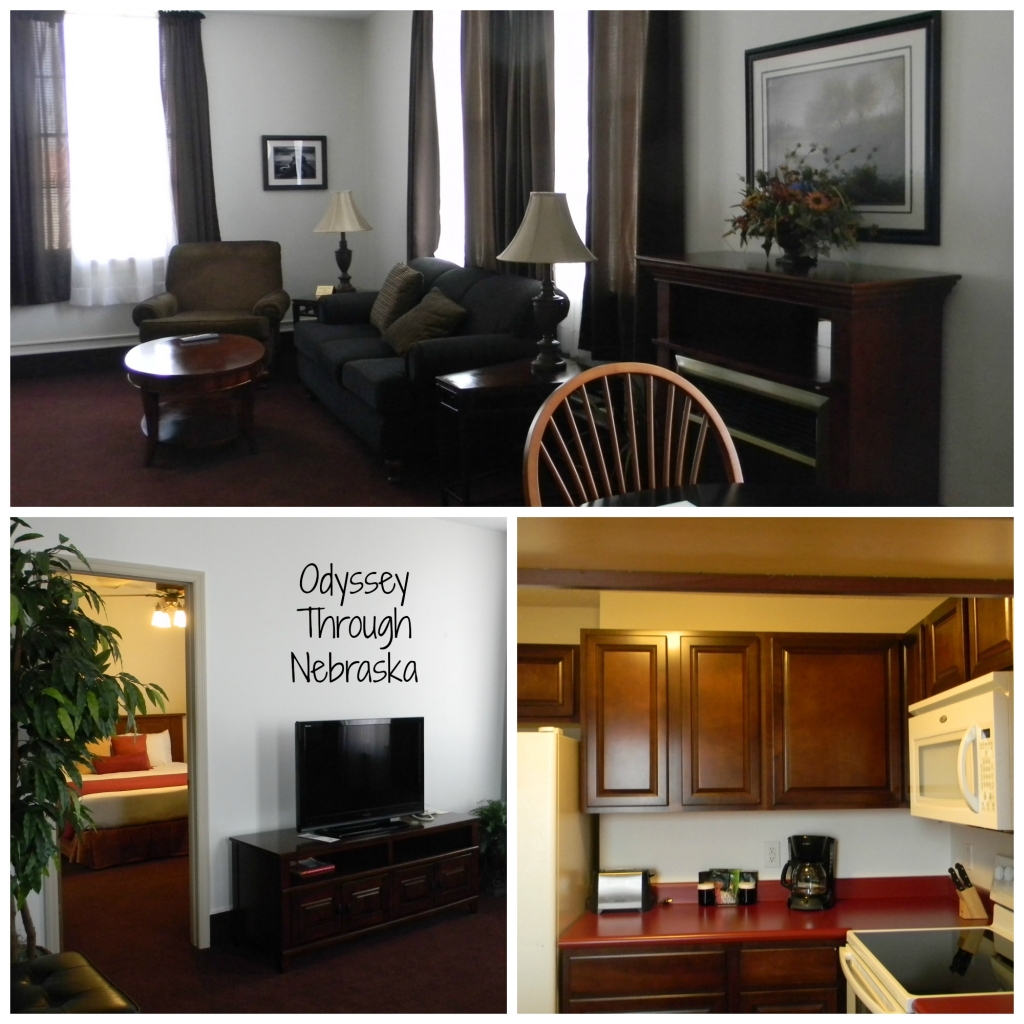 A well-designed kitchenette greets you.  A large expansive living room that invites relaxation.  With the bedroom and bathroom off the back, you almost feel like you are in a chic Uptown apartment but with the wonderful quiet feel of small town Nebraska.  And evidently I did not even see the whole suite as there is actually two bathrooms and additional bedrooms in the executive suites.  I was impressed with all that the Arrow Hotel and Suites had to offer!  Plus their rates seem to be quite reasonable with suite and standard room options. 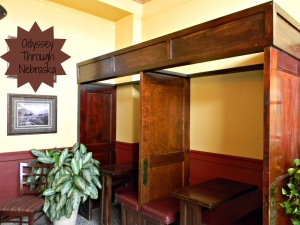 Although we chose to picnic the day we were in Broken Bow, I am sure we would have also greatly enjoyed dining at their Bonfire Grill Restaurant . The setting is so lovely with their use of former railcar decor, and the food looks delicious!

To learn more about the hotel or see even more pictures, please visit their website: Arrow Hotel and Suites.