I guess I pretty much gave it away yesterday since I told you so many details of what Stolley Park has to offer in Grand Island.  Now I am going to show.  Besides the spectacular “Kids Kingdom” that I have pictured up above, this is more of what this 33 acre playland has to offer. 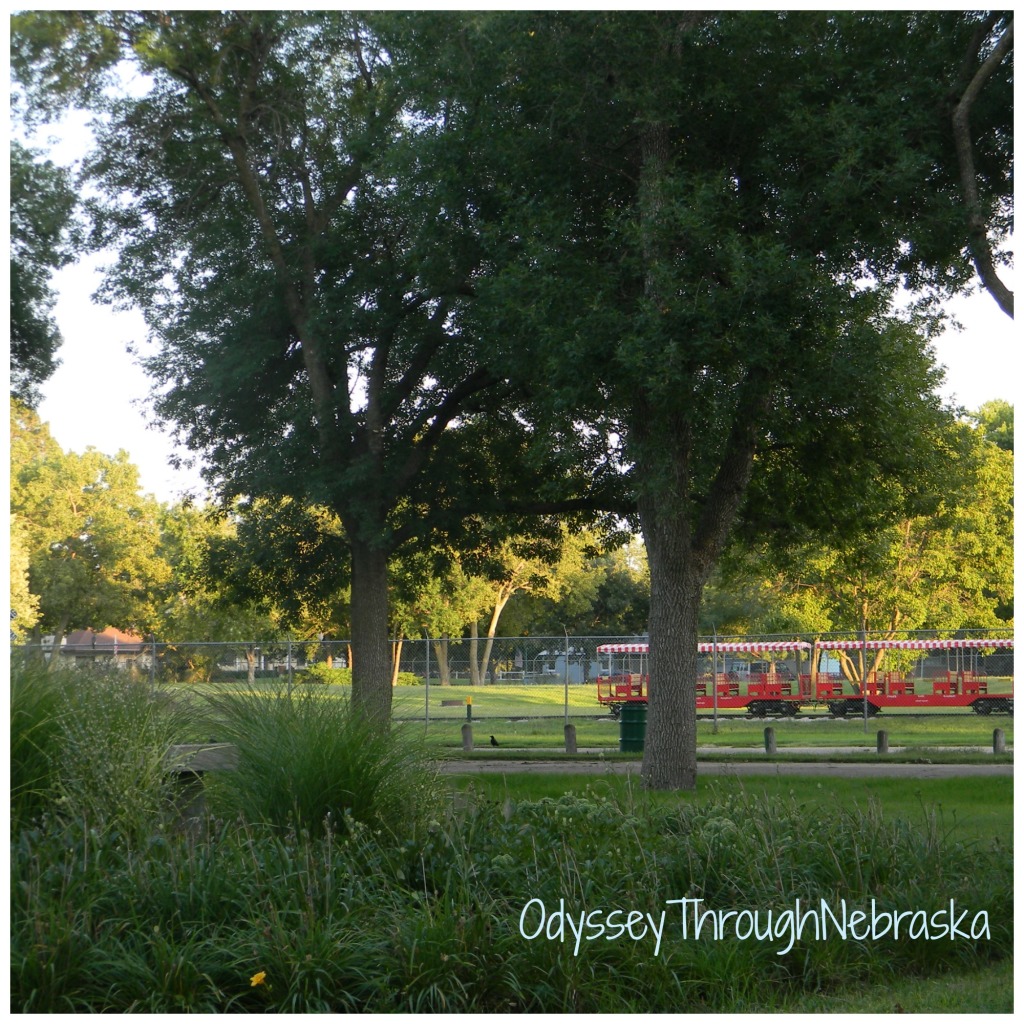 First of all, they have “Stolley Park Line” miniature railroad.  Open primarily during the summer, they also have “Halloween Express” starting next week, then “Polar Express in December.  In fact, the park is decorated for Christmas! 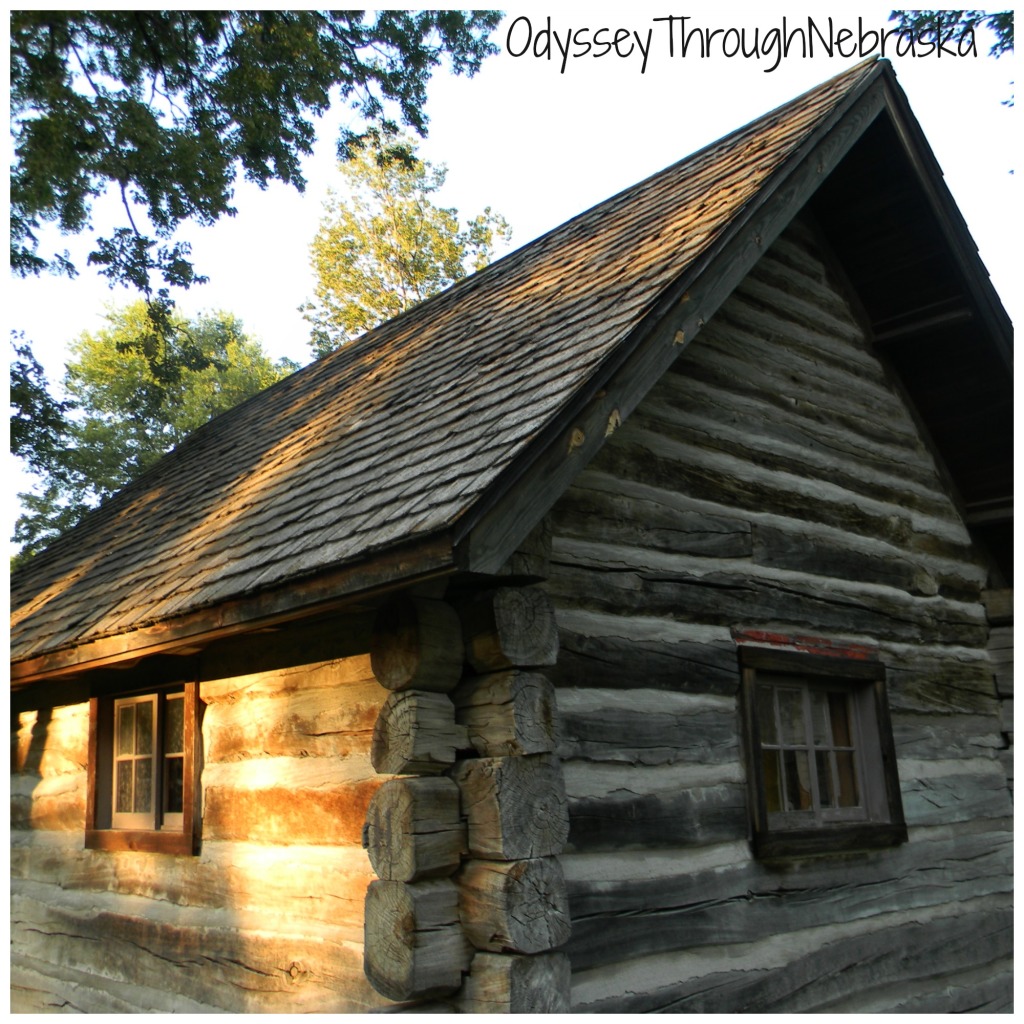 Second, they have several historical buildings, like the log cabin above.  I would imagine that they are only open in the summer, but I could not find information on that.  Below is an excerpt from the park website telling a bit about the structures.

History: William Stolley was one of a small band of German immigrants who came to the central Platte Valley of Nebraska Territory in 1857. Stolley filed the first squatter’s claim in the county. He helped organize School District 1 in Hall County and served as a director for many years. He also helped organize the State Grange and promoted tree planting. In 1927 the Nebraska Legislature designated the farmstead as Stolley State Park. The homestead, near present-day Grand Island, includes the William Stolley house, a one-and-one-half-story log dwelling constructed in 1858-59; the frame school building erected in 1869-70; and a reconstructed log house. The property also includes the site of Fort Independence, a fortification erected by citizens during the Indian war of 1864. 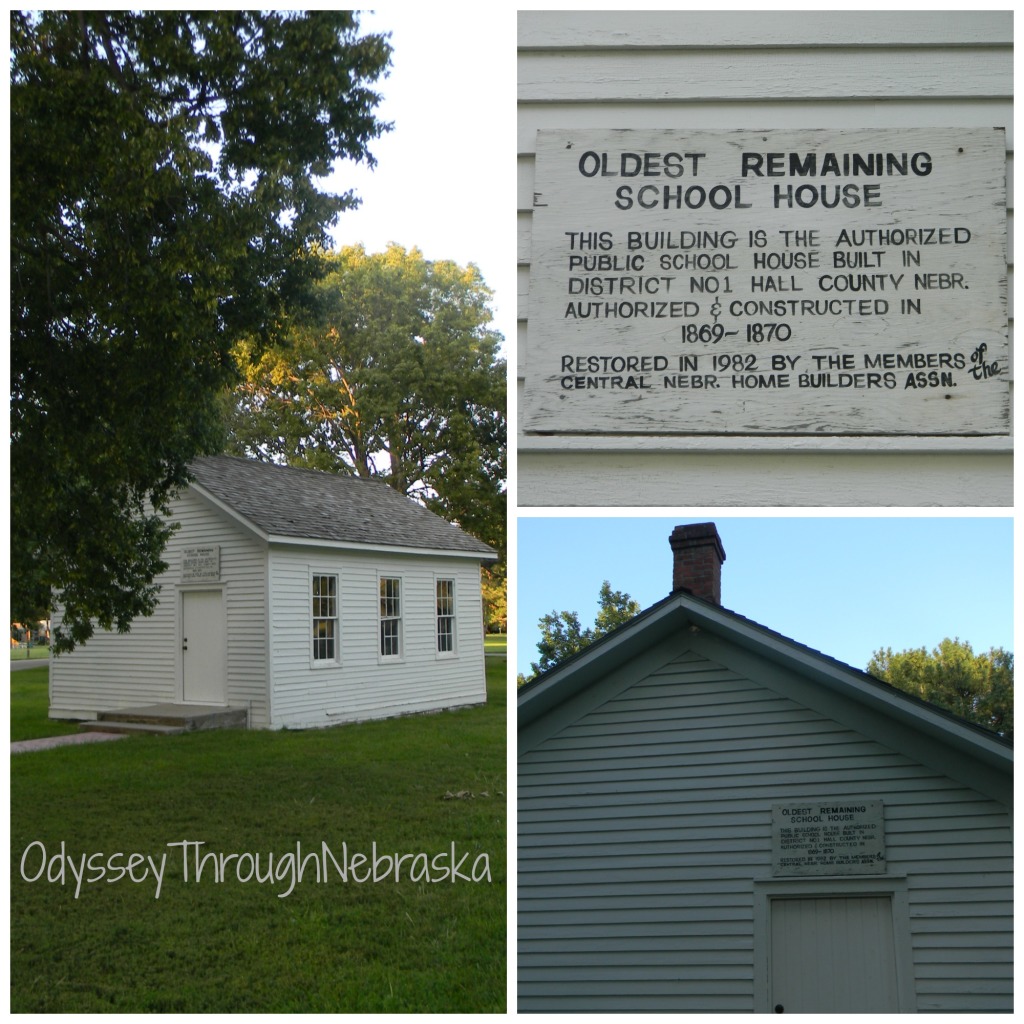 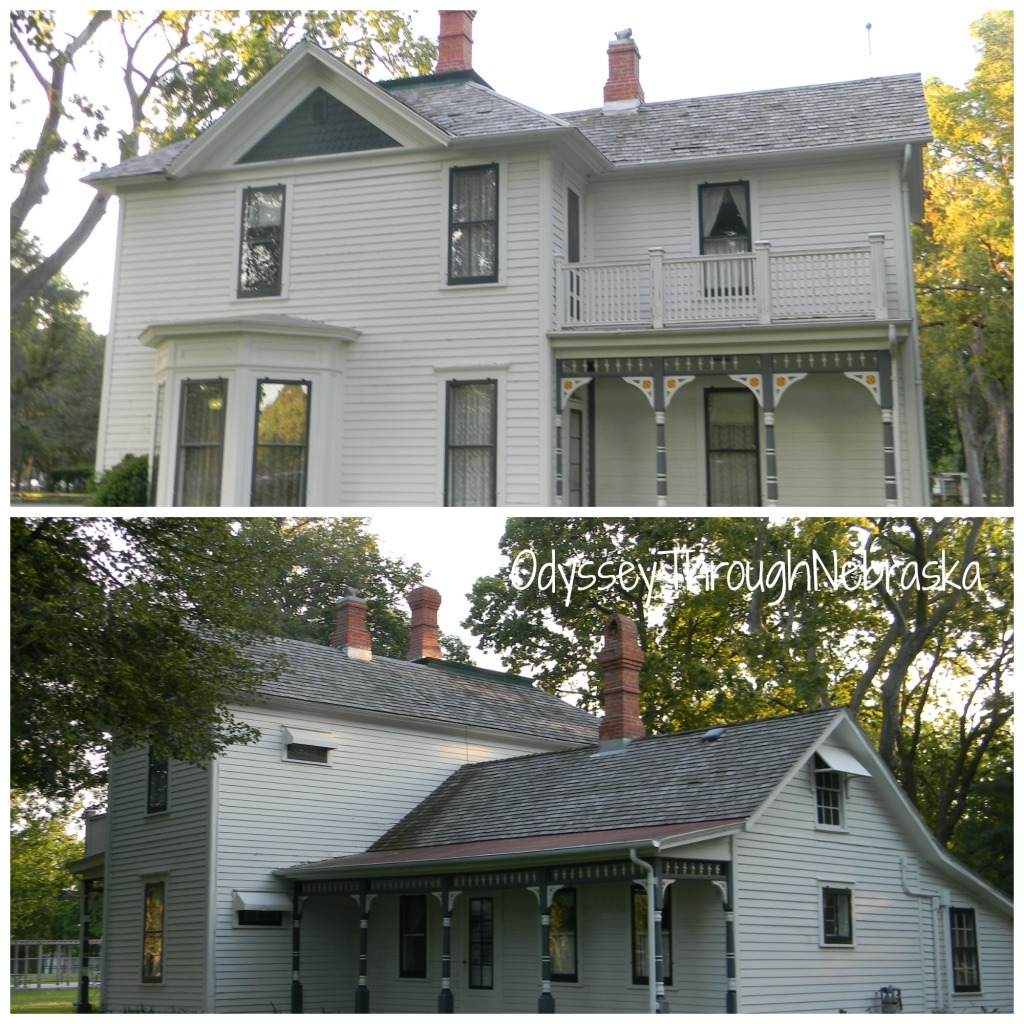 The Stolley house.  For more information on when the house is open, I would click here on how to contact the Park superintendent. 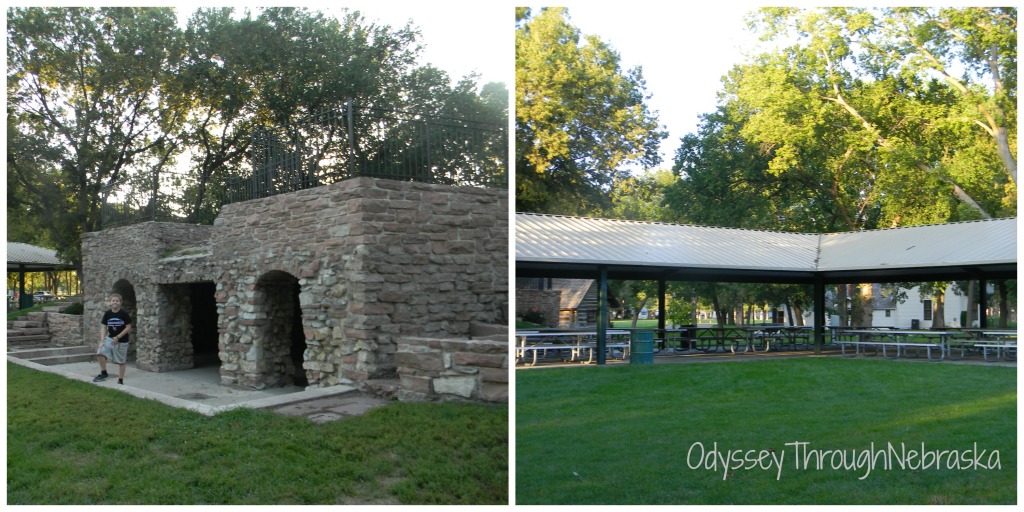 Besides having a lot of green space on which to play, they also have a really cool picnic shelter.  We happened to visit the park on an early evening weeknight in late August.  While the park still had people, they were not busy really. 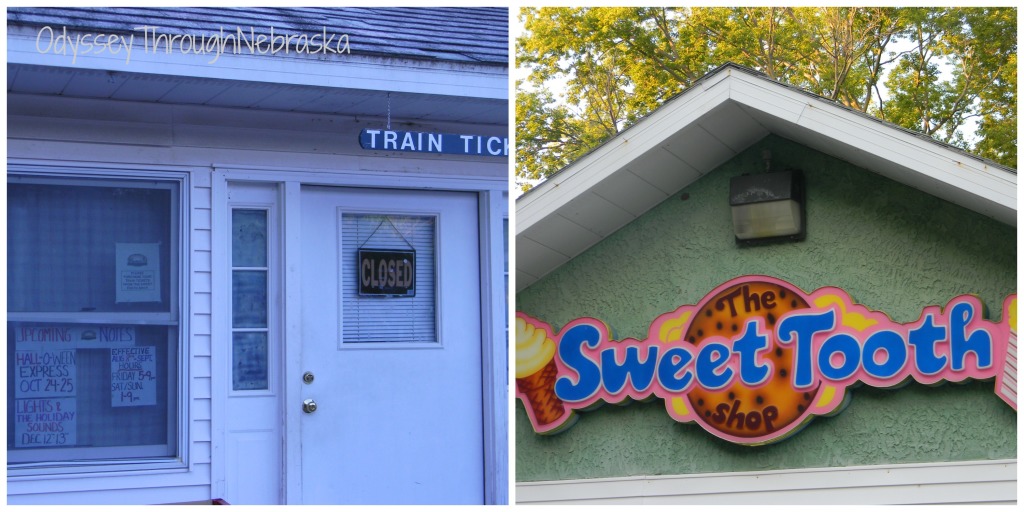 I think it would be fun to go back there again during a summer day.  Especially when the ice cream shop is open.  I am certain of this, Stolley Park will be a required stop the next time we venture to Grand Island again.