Nebraska’s New 2019 Tourism Slogan: Nebraska – Honestly, It’s Not for Everyone”

Home/Nebraska’s New 2019 Tourism Slogan: Nebraska – Honestly, It’s Not for Everyone”
Previous Next

Nebraska’s New 2019 Tourism Slogan: Nebraska – Honestly, It’s Not for Everyone”

This week, Nebraska unveiled its new advertising campaign that is officially starting in 2019.  Featuring the slogan, “Nebraska: Honestly, it’s not for everyone,” this concept is already getting a lot of buzz. 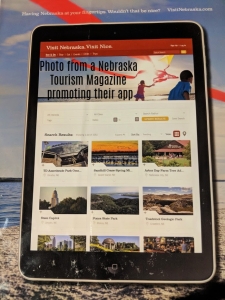 I remember when the latest slogan, “Visit Nebraska, Visit Nice” came out. While the ads were lovely, the slogan was a bit bland.  And perhaps borrowed since “Minnesota Nice” has been a well-known saying for awhile.

Nebraska Has Had Many a Slogan

Here are some more campaigns that the Omaha World-Herald noted …

Nebraska Has Had Many Nicknames

The above list features the many campaign slogans that have occurred through the years.  But we have also had many nicknames as well.  For years, we were known as the “Tree Planter State.”  That saying was on all of the original license plates.  J. Sterling Morton got the nod on that one since this founder of Arbor Day hails from Nebraska.  But here are few others that may or may not translate well into future campaigns.

While #webcityrocks, this state is still the #goodlife for me! #thisisnebraska #home

Any nicknames that you think Nebraska should consider?  Or any slogans that might be better?  I do know one thing.  Nebraska may not be for everyone, but it is for me.  Whether Nice or Genuine or Delightfully Different, I am glad that Nebraska is the land that I call home.