Today our homeschool co-op played hookey.  Well, sort of.  Instead of meeting at our normal venue, we went down and joined a few hundred other school children at the Lied Center in Lincoln to watch the performance of the Very Hungry Caterpillar.

I really was not sure what to expect.  How could a book of such incredible visual quality turn into an entertaining play?  Just as the caterpillar transforms into the beautiful butterfly, the “actors”managed to transform a simple set into a masterpiece for children.

Our seats were in the balcony, so at first I was convinced that the set was a projection.  In fact, I thought that for the whole first section.  Another pleasant surprise?  The fact that there were actually three stories performed, starting with The Little Cloud. 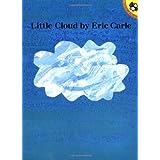 This play was primarily “flat,” but the little cloud images were so cute.  All of the kids around me were shouting out the new shapes of the cloud.  That was one thing I appreciate from the beginning – they made clear that this is not a “shushing” show.  Audience participation was welcomed and encouraged. 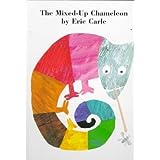 Next they performed The Mixed-Up Chameleon.  At this point, the little animal became dimensional and was so cute.  I was wishing I knew just how they changed the colors.  More than on chameleon?  All of the zoo animal boards were so vibrantly colorful, matching Carle’s original artwork.

They save d the most well-known story until last.  The Very Hungry Caterpillar just happens to be celebrating its 45th birthday.  And the Mermaid Theatre Company who put on the production just happens to be ready to perform the play for its 2,000,000th audience member this spring as well!  I was impressed that the whole show was put on by two puppeteers as well as one assisting stage manager.  I wish I could have taken a video of the all of the children laughing in the audience as they thoroughly enjoyed the show – a beautiful sound!

At the end, the two performers came out and told some of their tricks on how the performance was accomplished.  Including showing the three caterpillars that were used as the little guy became “bigger” because of his snacking.  Glow as vibrantly as Carle’s books, the set seemed to shine through the use of fluorescent paint and black lights.

If you have children, I would highly recommend taking them to this evening’s performance at the Lied Center in Lincoln.  Although the show starts at 7, FamFest is starting at 5:30.

FamFest includes dinner and family activities correlating with the show.  Having attended one of these events a few years ago, I can testify that they do a wonderful job of connecting the play with children.  I hope many of you make it out to the show tonight – you will not be disappointed!