Editing and collaging 130+ photographs makes for a rather exhaustive post.  Literally.  Yet when looking around at the latest temporary exhibit, Shipwreck! Pirates and Treasure, at the Omaha Durham Museum, I could not help but take picture after picture.  (#OmahaUnderwater 2016, featuring pirates, shipwrecks and ocean life plus more at the Durham Museum and at the Omaha Children’s Museum are both treasure-filled exhibits.) For this post, I decided that I would feature just the pirate side of the story.

First of all, you need to learn more about the shipwrecks around the world.  So many “ocean wrecks” have been waiting to be explored.  Thanks to modern technology, gradually this is taking place. 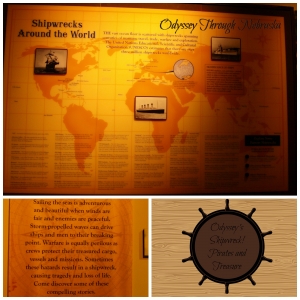 Next part of the exhibit introduces you to the pirates of old.  Revered in storybooks, but I am fairly certain you would not want to run into them in real life.  For one thing, you could probably smell them from a mile away.  Mainly you would avoid them because they were not exactly the trustworthy type!  Frankly anyway who hangs a skeleton up on a mast as a warning is not someone I would want to call a friend.  Personally, I thought reading about the two known women pirates is an interesting read. 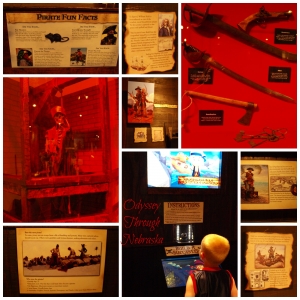 Although the true facts of history are on display, at the same time, they do keep this exhibit a bit on the lighter side for kids.  In the picture above, my youngest had fun designing his own buccaneer.  And who cannot help but love a game entitled, “Shake Your Booty.”  Just in case you were wondering, this game is almost more challenging than it looks. 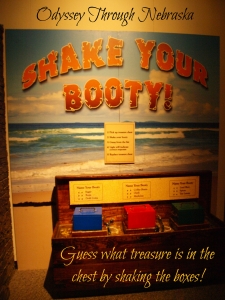 What was interesting for me to learn was the fact that not all pirate flags were the same.  In fact, each “major” pirate developed his own flag.  Just how did one become captain of a pirate ship?  Being able to read and write seemed to put you high on the promotional list. 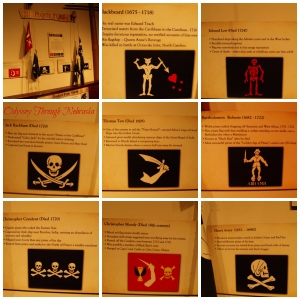 Besides being educational, this exhibit is just fun!  Full of brightly colored displays along with plenty of photo opportunities. 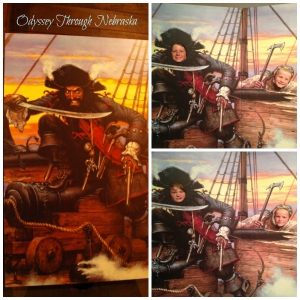 Did I mention that these pictures represented only 1/3 of the exhibit?  Yes, there is much more to come.  Look to learn more about the Shipwreck Treasure side of the display in a future “Friday Photography” post.

P.S. Just in case you missed my post last week, this was our other Omaha Underwater Adventure!

Pirates and Mermaids: Voyage to Creature Cove at the Omaha Children’s Museum