Cooking Around the U.S. from my Nebraska Kitchen Stops 2 & 3: Pennsylvania & New Jersey

Home/Cooking Around the U.S. from my Nebraska Kitchen Stops 2 & 3: Pennsylvania & New Jersey
Previous Next

Cooking Around the U.S. from my Nebraska Kitchen Stops 2 & 3: Pennsylvania & New Jersey

We survived (ahem … I survived) our first week of cooking around the United States.  3 States Down – 47 to go. 🙂 I must confess that I did most of the cooking this time – our homsechool is not quite organized enough for the kids to help.  They seem to keep not quite getting their work done, but soon they will take turns contributing on more than just eating.

Because this state has many distinct regions, we made two meals.  Our first one was a Pennsylvania Dutch meal. 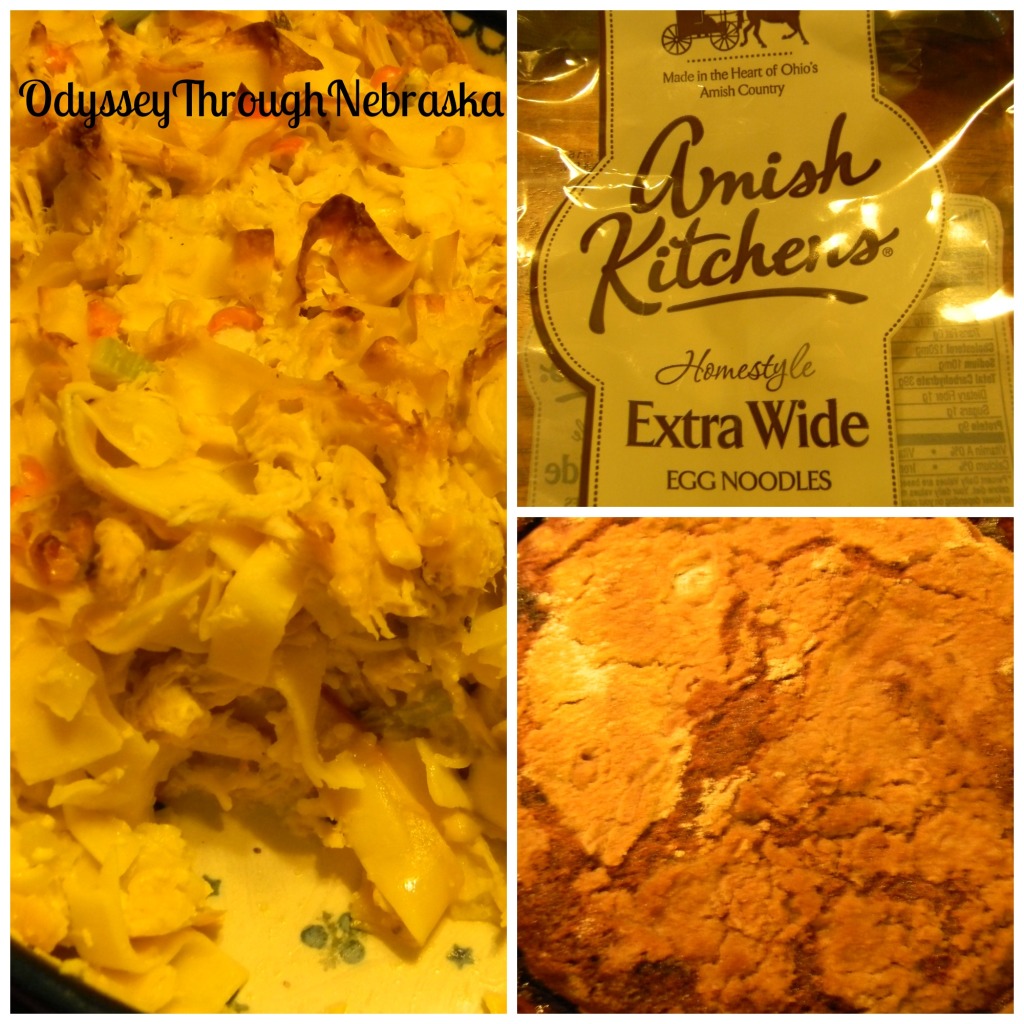 Chicken, Corn, Noodle Casserole:  Notice I used Amish noodles.  Although they were technically made in Ohio, I did think they added a bit of authenticity to the recipe.  I found the recipe on a site that featured many Pennsylvania Dutch family recipes.  Since I had chicken left from Monday night, I picked this recipe.  By using 12 ounces of noodles, 15 oz. creamed corn and 4 eggs, I almost doubled the recipe.

My opinion – a bit boring.  Maybe I needed more red pepper.  Or more liquid.  With the leftovers I blended in sour cream and cheese, then it was delicious, although maybe not quite as Amish.

Shoofly Pie: This was a good night to have dessert.  I used a store-bought 9″ pie crust.  Since you could really not taste the crust, that worked fine.  BUT, good thing I cooked the pie inside a round dish because it overflowed.  If buying a crust, definitely get the deep dish kind.  Also, there seemed to be twice as much Streusel as was necessary, but maybe that would not be the case with a deeper pie crust.  Three of us really liked this pie, but the molasses taste was almost too strong for the others. 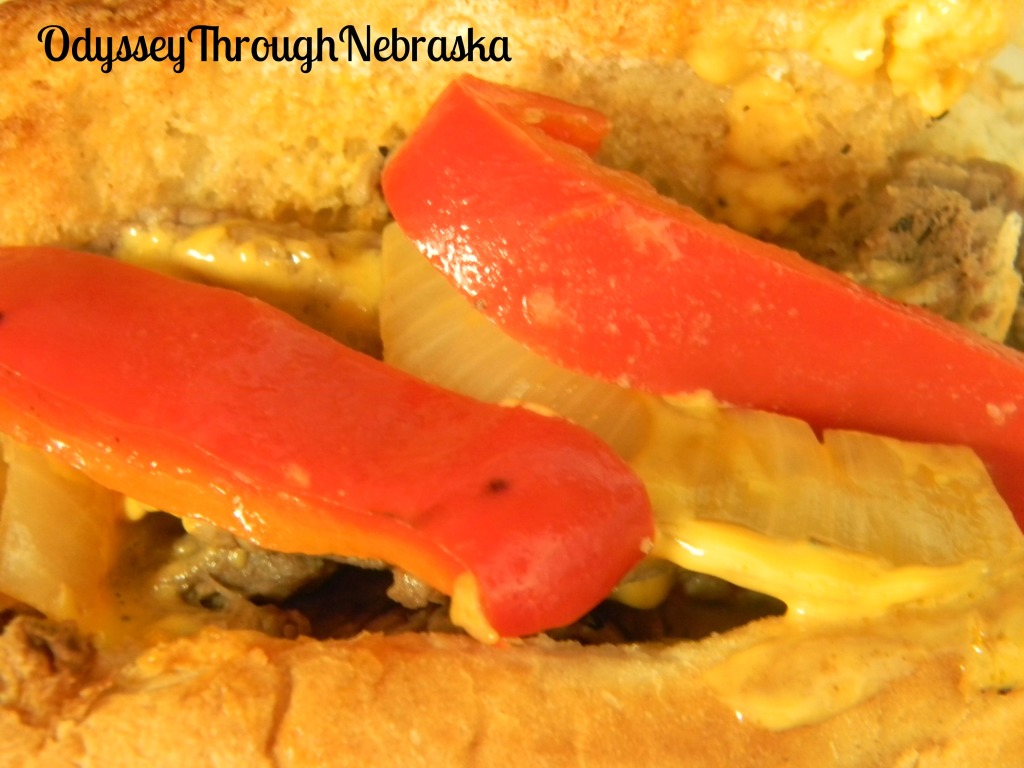 Pat’s “King of Steaks” Philly Cheese Steaks: Finally a recipe that was a hit for everyone!  Of course, what is not to love: carmelized onion & peppers over sauteed steak on a crust roll covered in cheese sauce.  Yum!  I did use a combo of sirloin and chuck instead of ribeye, per my butcher’s suggestion.  (A big shout-out to the butcher at Hy-Vee grocery store who shaved my steak for me!)  Rather than using Cheese Whiz I used Cheese Ragu sauce.  I have made Philly-style sandwiches before, but usually with deli roast beef and melted provolone.  Using steak & cheese sauce like the original Philly sandwich will definitely happen again!  For my side, I went the easy route and baked Arby’s curly fries that were found in my freezer.  This fast food restaurant can be found in Pennsylvania, so it worked for me that day. 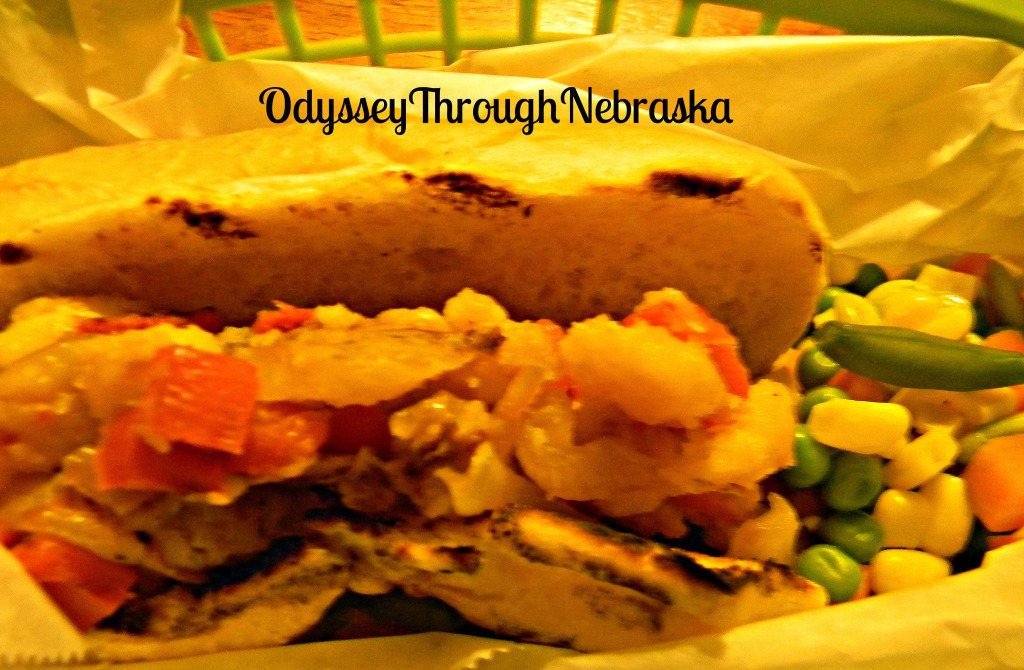 Jersey-Style Dogs: The reviews for this recipe amused me.  Several people gave 1 star ratings because they did not like the ingredients combinations despite the fact that they had never tried this style of hot dog.  Silly!  Interestingly, the toppings are similar to the Philly but with added potato and no cheese sauce.

Due to timing, I did not grill the vegetables.  Instead I sauteed the onion and red pepper on the stove.  After microwaving the sliced potatoes to avoid overcooking on the stovetop, I added them.  Although I still had to use oil, I am sure that it was not as much.  A big thanks to my husband because he helped me make this meal with both finishing getting the vegetables ready and grilling the hot dogs.

The verdict: this topping over beef dogs was delicious.  At least for me and my husband and two of my kids.  The one does not always like peppers and the other is my picky eater.  Possibly I could convince one of my kids to eat a hot dog this way again, but I have a feeling all four will generally stick with ketchup.  Since New Jersey is the Garden State, I served mixed vegetables on the side.

Final verdict: I would make 3 out of 4 recipes again.  Friday I plan to make Trenton Pie, another NJ recipe.  Next new stops: Georgia and Connecticut.