Cooking Around the US from my Nebraska Kitchen: Stops 4 and 3.5: Georgia Plus New Jersey Again

Home/Cooking Around the US from my Nebraska Kitchen: Stops 4 and 3.5: Georgia Plus New Jersey Again
Previous Next

Cooking Around the US from my Nebraska Kitchen: Stops 4 and 3.5: Georgia Plus New Jersey Again

Knowing in advance what meals are on the docket is very helpful to me and a huge advantage to our regional cooking adventures.  Meal planning has never been easier. 🙂  This time we stopped in one state and returned to another. 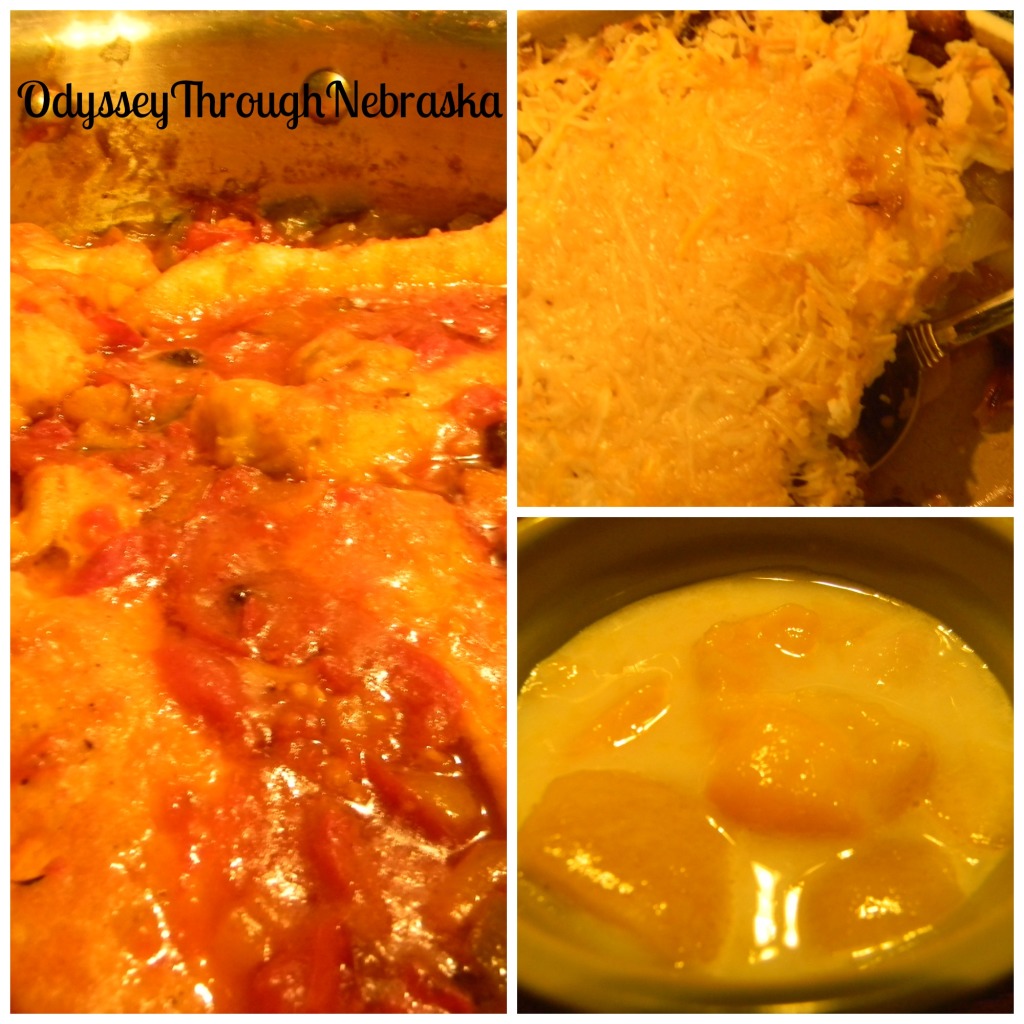 I could have stayed in this state for awhile – the meal was sensational.  As I love carmelized onions, I was pretty sure that Vidalia Onion Bake was going to be a hit.  My husband and I loved the dish that is basically French onion soup without the broth.  Sadly actual Vidalia onions are out of season, so I had to substitute other sweet onions.  Also, I ran out of butter crackers, so I used Saltines.  That worked just fine.

I almost hesitated on making Country Captain Chicken since technically it originated in India.  Yet since the dish has been around since colonial times and been passed down from generation to generation, I decided to make it since all recipes originally came from somewhere beyond the United States anyway.  With having curry as an ingredient, I also thought it might be too spicy, yet all of the flavors blended perfectly.  This was also a fantastic use of our surplus of garden tomatoes.  When I make this again, I will try fixing the recipe in my crockpot.

Our dessert?  Peaches topped with sugar and a bit of milk.  What else can you really serve that would be equally as delicious in the Peach State? 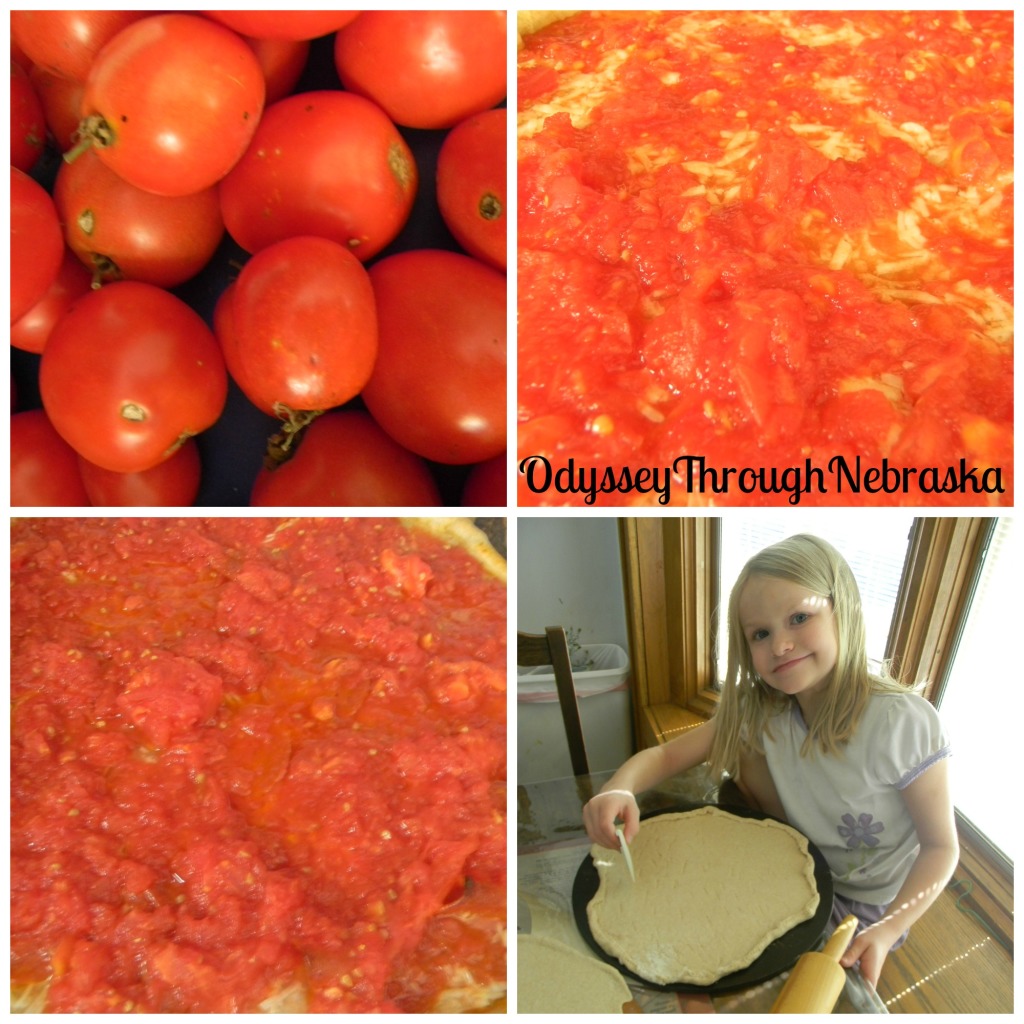 Starting a tradition of Friday pizza nights appealed to me.  This time due to grandparents being in town, the meal bumped to Saturday lunch.  That still worked fine.  For our first edition we tried Old-Fashioned Trenton Tomato Pie.  This New Jersey pizza is rather simple: tomatoes and cheese. Because I knew my guys would want meat, I did add pepperoni to one of the pies.

To save time, I just made a bread machine crust.  As you can see, I finally had a cute assistant help me with preparation. 🙂  While the recipe called for mozzarella, in the notes below, the author stated that traditionally Romano is used.  We went that route, and I think it made a huge difference.  The cheese tops the crust instead of the sauce – I thought that was delicious.  My kids were not quite as convinced.

To make the sauce, you puree canned tomatoes.  Since we still had garden tomatoes, I blanched them to make peeling the skins easier.  (New cooking term for you?  Simply drop the tomatoes into boiling water for a few minutes.  Drain, then cool before peeling.  Puree with a bit of salt.  I would make this pizza again, but I would probably need to make an additional kind as well for the rest of my family.