Today is the last home Husker football game.  Maybe you are planning on attending or maybe you are just planning on doing what I am doing – watching from your living room and hoping for better results than last week.  Do you know what you are having for lunch?  I know: odd question since maybe you have not even had breakfast yet.

For one of the early Husker home football games, we had company in from out-of-state.  My Dad’s lifelong best friend and his wife were here, so we were hanging out at my parent’s house.  I actually wanted to watch the football game and enjoy talking to this dear friend that we rarely see. The last thing that I wanted to do was be in the kitchen all afternoon cooking.  Enter Mr. Goodcents. 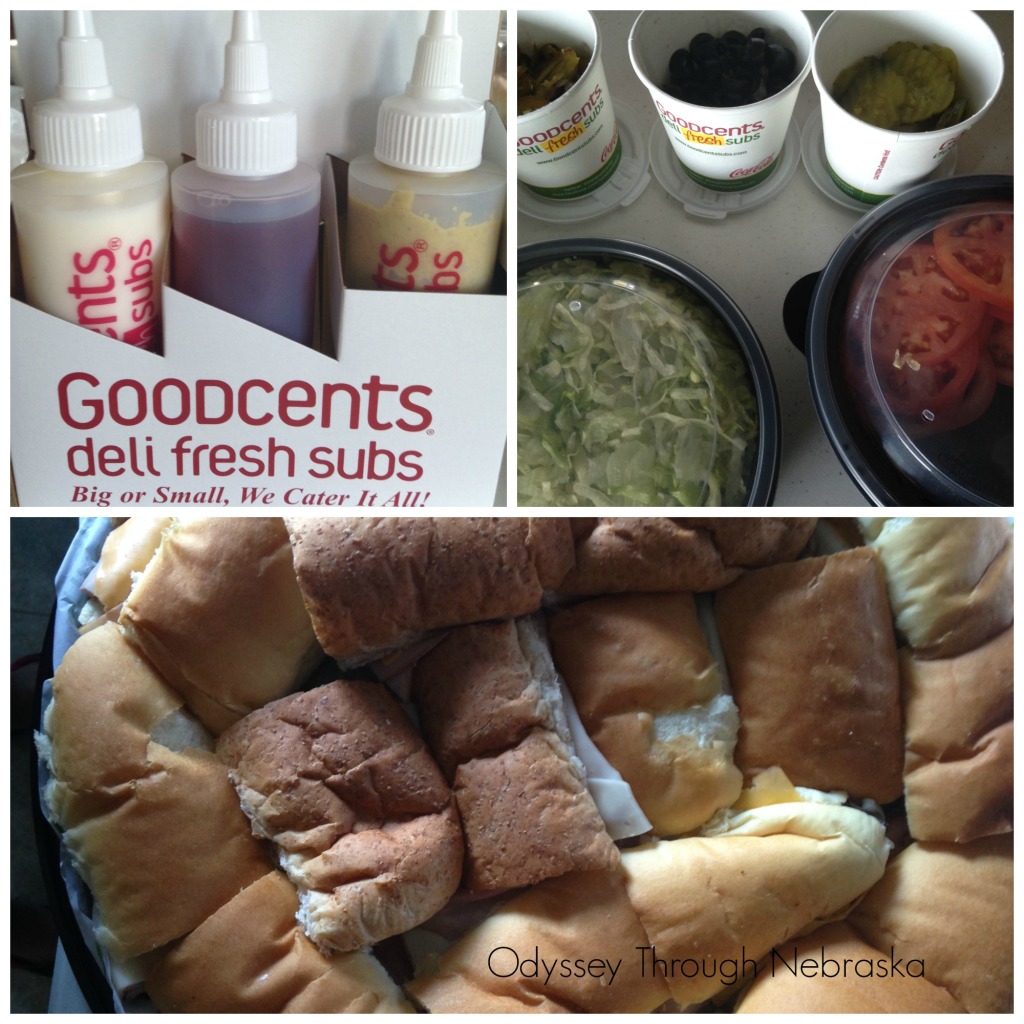 Many times I think of catering as coming into play for large grown up gatherings.  If not for a Groupon I had purchased in anticipation of a move that did not happen, I would have never thought of ordering a party tray for game time.  Maybe you already do that, and I am just behind on my thinking.

Going to pick up a tray of subs and condiments was a great way to “make” supper that night.  I loved the fact that we could do a combo of white and wheat. Plus they were willing to give us a ton of condiments in to-go containers.  What can I say – my family actually likes putting vegetables on subs!  I think we had the large tray that also came with one dozen cookies.  Add a bag of our own chips and dessert was even covered.  Yum!

Interested in getting a tray today?  I would definitely call a decent time this morning, so that they can get your tray ready.  I have been told that sometimes they run out of bread temporarily on game days due to the rush.  If not today, the Huskers next game is Friday.  You know, the day after Thanksgiving?  I bet you will not want to cook then either.  I would definitely recommend Mr. Goodcents party trays – a way to celebrate with your friends at home!