Home/Perfecting the Pose: Pictures for a History Lover’s Guide to Lincoln
Previous Next

When it comes to photography, I prefer landscapes because they stand still.   Actually one of my favorite pictures in the book does include my two youngest kids and one of their best friends. (I asked them to post like seniors – they delivered 🙂 ) Most of the pictures in the books are of buildings, but still there were certain times that I struggled with getting exactly the right picture.  Perfecting the pose can be challenging even with places.

Struggle 1: Perfecting the pose of the Husker flag

I knew that I wanted to feature a picture of Morrill Hall. The spring trees were beautiful. But the Husker flag would not cooperate. This is a collage of all my failed attempts. Thankfully there is one that worked, and that one can be seen in the book. 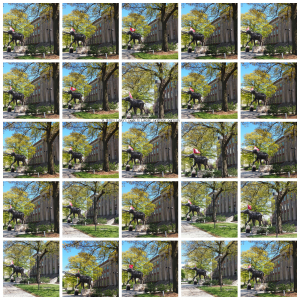 Struggle 2: Perfecting the pose with a wide angle lens. When I added this lens to my camera equipment, the transition was not easy.  Pictures often look tilted. 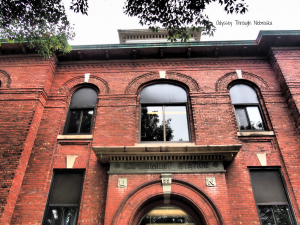 Taking a picture of the F Street Neighborhood Church might have been the toughest shot in the book. I really struggled with trying to get the right angles. Hopefully the neighbors were not paying too much attention because I returned there multiple times.  The church is straight up right here, but I managed to turn the Capitol into the Leaning Tower of Lincoln. 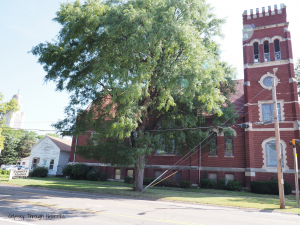 Thankfully after many attempts, I took a photograph that both my editor and I agreed would work.  And that is a good thing because this location is significant in Lincoln’s history.

Have you ever tried to take the perfect picture and not had it work out?