This week’s outing was for my girl.  When I told my kids that I was taking them to see a temporary exhibit at Morrill Hall, I may not have mentioned that our visit involved a doll.  Perhaps better suited to a “mommy date,” I justified this one for all of my kids since we will be studying Japan in a few months.  (If you will notice, I did not take any pictures of my boys, so they can always deny that they were there. 🙂 )  Because they were not interested in seeing every detail, I took a lot of pictures.  This way I could learn more, plus share the images with you.  Hopefully you will be able to read the photos on the collage.  (Note: pictures on phones will probably be too small – sorry!) 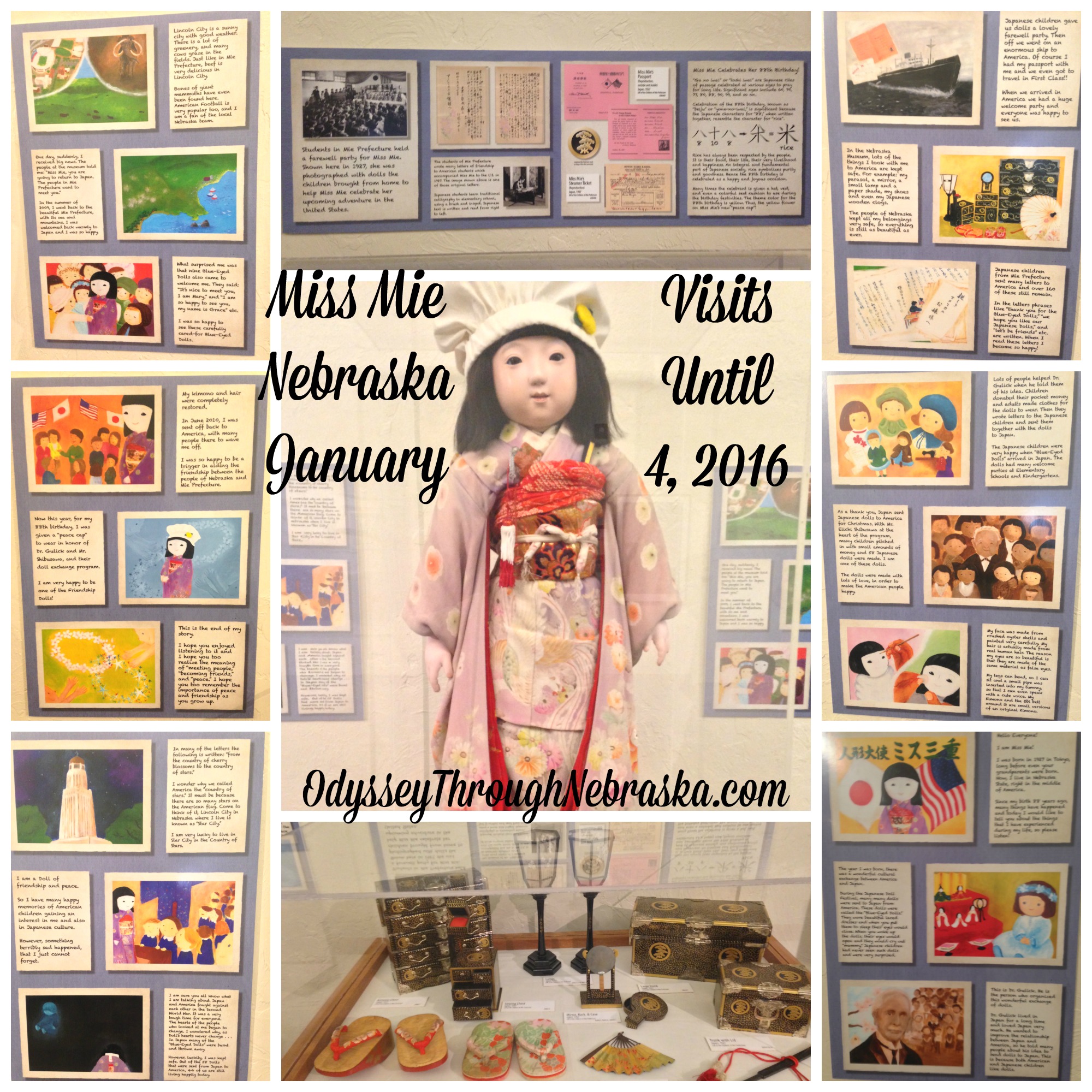 Just in case you are unable to read the story explanations, here is an excerpt from the UNL Newsroom on 12-3-15 explaining all about the project.

Miss Mie has been in the museum’s anthropology collections since 1928. The doll first arrived in the United States from Japan in 1927 when 58 friendship dolls were sent to the 48 states as gifts to American children as a gesture of goodwill in exchange for the American Blue Eyed Dolls given to the children of Japan in 1926. Small groups of these “goodwill ambassadors” traveled to 479 cities throughout the country that year. After the tour, some of the dolls found homes in museums and other institutions throughout the United States, including the NU State Museum. In 2009, Miss Mie and her accessories were transported to Mie Prefecture in south-central Japan. Masaru Aoki, expert doll conservator from the historic Yoshitoku Co. in Tokyo, performed much-needed conservation work on the doll. After the repairs, Miss Mie was the center of several events in Japan before returning to the museum’s anthropology collection in 2010.

What was the most enjoyable part of the exhibit for my daughter?  Getting to write about friendship and playing with the movable “paper dolls” that were actually made out of plastic.  The explanation of Miss Mie’s outfit was also helpful.  I still can’t imagine trying to watch in wooden shoes, but those who I have talked to that wear them insist that they are actually quite comfortable.  Kimonos are certainly beautiful attire. 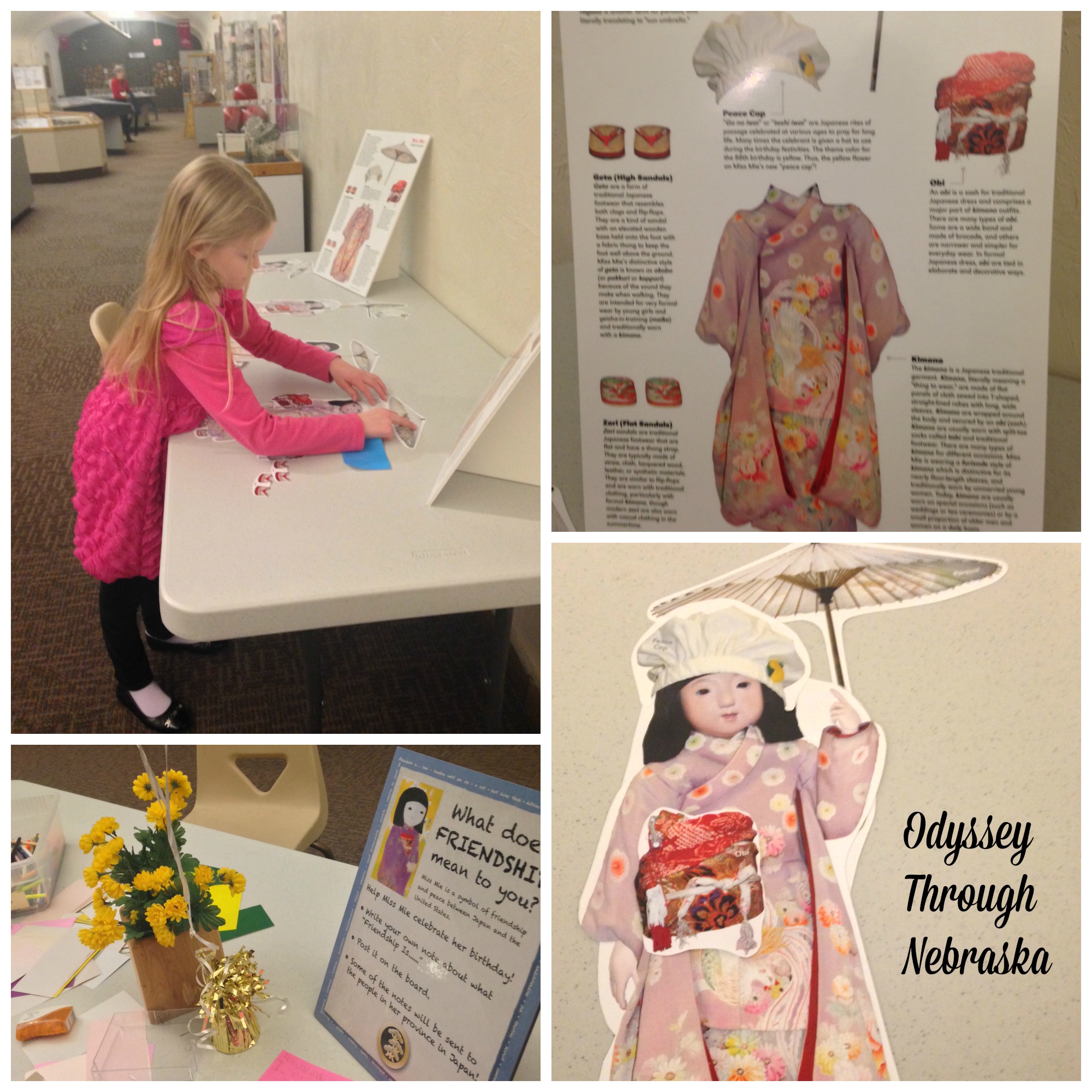 Note: this exhibit is only on display for a few more days.  A wonderful outing for children, especially girls!